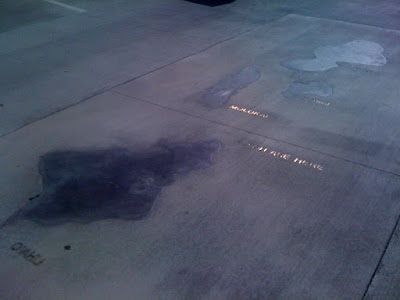 This "map" of Oahu and the visible Hawaiian islands east of here is one of the improvements to the vista point where I snapped the picture in the previous post.
Just prior to me taking this photo, a Japanese ojisan (아저씨) ferrying around Japanese visitors in a tour bus was using the representation of Oahu to show several younger women the attack route used by Japanese bombers in the December 7, 1941, attack on Pearl Harbor.

That is what prompted me to fish the iPhone out of the car. It also made me wish I had the video-capable iPhone 3Gs.
on August 21, 2009