The Suyu side is painless

The new photograph used in the header of the Marmot's Hole (above) seems vaguely reminiscent of scenes from M*A*S*H (below). 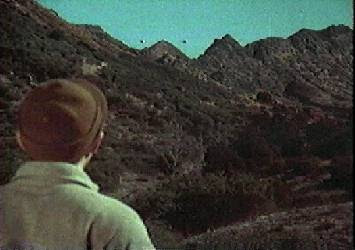 Yeah, I'll probably get kicked out of some club or other for saying so, but M*A*S*H reruns were always one of my favorite shows as a kid, if for no other reason than seeing how Korean stuff played out (plus it was a funny and, as time went on, thought-provoking show).
It really did get better in its portrayal of the ROK over time, if for no reason other than the fact that the producers actually began to realize that Korea was its own place and not just an allegory for Vietnam. In early seasons they actually referred to Korea as being in Southeast Asia.
Anyway, I think the opening of M*A*S*H (which never changed during its eleven seasons, except for the cast names) is not as good as scenes from actual episodes for places in the hills behind Malibu as stand-ins for the hills around Uijongbu. The picture below looks much more like it could be Tobongsan or some such.
Of course, once you get up close to the flora you can see the difference. Korean forests are lush with trees (though much less so back then, due to excessive logging, fuel demands by a besieged public, and then war) whereas low-lying mountains and hills in California are thick with brush, with far fewer trees. From a distance, though, they might look the same. 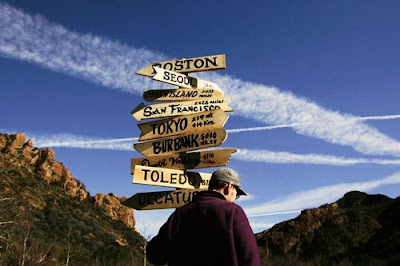 [above: In what universe are Tokyo and Burbank the same direction from the DMZ, but the opposite direction of San Francisco from the DMZ?]
on August 13, 2009