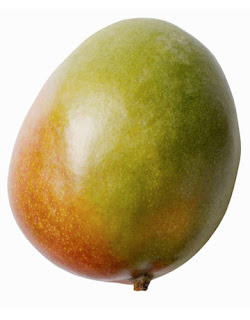 Just what the hell is a red mango? Mangoes are green, yellow, or orange, and only sometimes partly red. Like the way apples can be orange if you have just the right mixture of yellow and red specks, as in a Georges Seurat painting.

Indeed, there must be something else behind the name and the logo, and I think I know what it is: the elusive Red Mango founder Kim Kibom is a perv. And I'm talking Chosun Ilbo photographer pervy.
You see, "mango" is a pun on a Japanese slang term for the vajayjay (that link is actually a Parkaykay, but you get the idea), which is manko (まんこ). Oh, geez, now I feel quite pervy myself, just for explaining that. And I didn't even use the word vagina.
I actually was made aware of this several years ago, in a Red Mango shop in Myŏngdong, when a Japanese friend in Seoul told me that "mango" sounded like manko and that such knowledge of Japanese slang by the owner would explain the red oval logo. 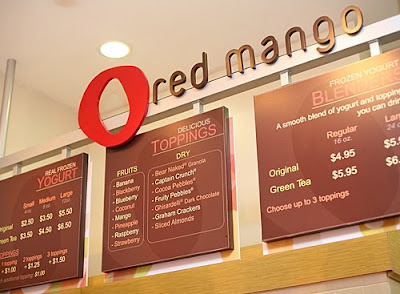 [above: The interior of a Red Mango shop in the US. I tried to find pictures of the logo in front of a Korean Red Mango shop, but no one who bothered to take and then upload pictures of themselves at Red Mango dared to have the lascivious logo anywhere within frame. Knowing or not, they are aware of its hidden meaning, and their subconscious shame drives them away from it.]
I was reminded again — and prompted to write this post — when university friend "M" (also Japanese) noted the exact same thing yesterday. Mind you, neither of these girls are themselves wild women (both, in fact, are fairly devout Catholics), but they both made the same connection.
And that's what I'm guessing was going on in Kim Kibom's head back in 2002. Like lots of South Koreans, he may have learned Japanese or been exposed to just enough Japanese pop culture (read: pornographic videos or comic books) to know that term, or he might even have lived in Japan for a while. And unlike most Korean consumers of Japanese porn, he happened to have a girlfriend, whom he liked to take places like yogurt shops and ice cream stores, and thus his idea for a fruit-filled yogurt creamery was born.
Wishing to have a catchy name that might sort of make sense but would provide an inside joke that would give him a pleasing giggle whenever he thought of it, he came up with "red mango" and that ovalvular* logo, not knowing that his little house of yogurts would become a worldwide phenomenon and millions would see the name and the logo. Sort of like how IBM got its name from its founder's toddler proudly proclaiming to have successfully gone poo-poo during potty training. 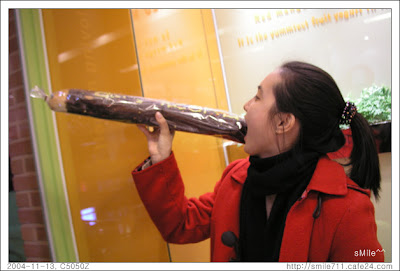 [above: Too squeamish to have the Red Mango logo in your picture, but not too embarrassed to do this?]
Apparently other Korean yogurt entrepreneurs are no better. Pinkberry founders Shelly Hwang and Young Lee named their shop after a slang term for the clitoris (see #7 here), as well as a few other things (um, just look at #7; it's the most kid-friendly of all of them).
And it's not just yogurt dispensaries: Victoria's Secret has got into the act with Victoria's Pink Secret. Trust me, if you're wearing Victoria's Secret, nothing pink will stay secret for long.
In conclusion, this post has no point whatsoever except to provide plausible cover since "M" noticed I had been poring over a site that had a bunch of Japanese slang terms for vagina.
* Yes, I just made up that word. 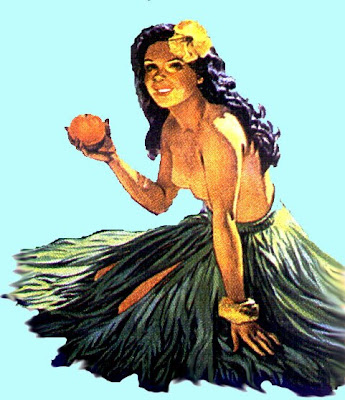 [above: I would describe this woman's mango as more yellowish than red.]
on August 27, 2009

Email ThisBlogThis!Share to TwitterShare to FacebookShare to Pinterest
Labels: adventures in frozen yogurt