A leader in those heady times

The mid- to late 1980s were an interesting period in East Asia. The political map one sees today was, democracy-wise at least, quite different back then. It was in 1986 that an unlikely pro-democracy leader named Corazon Aquino was swept into the presidency in the Philippines. Her husband, Benigno Aquino, had been assassinated in 1983, almost certainly by those loyal to long-time Philippine dictator Ferdinand Marcos. 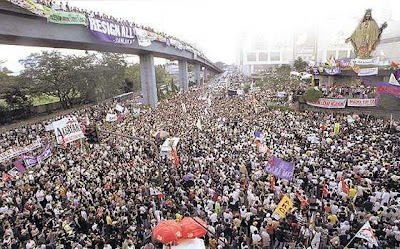 It was a "people power" movement following the disputed presidential election in 1986 that toppled Marcos (forcing he and his wife into exile in Hawaii, much like former ROK president Syngman Rhee).
Inspired by the events in the Philippines, the spirit of those in US-allied countries seeking the democracy they'd been promised for decades spread. In 1987, massive demonstrations by students and then other civilians in South Korea forced then-President Chun Doohwan to abandon his plans for another presidential election by electors in favor of direct elections by the people. 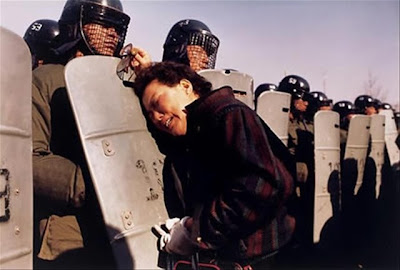 In Taiwan, the Republic of China led by Lee Teng-hui sought to further demonstrate that it was the better choice for all of China by instigating political reforms that gave more power to citizens. Though more gradual and less of a social upheaval, it was part of this trend. One also wonders if those in the Soviet Bloc were also inspired to remove their communist leadership by the actions of Mrs Aquino and the Philippine people.
But of course, not all of the inspired succeeded. We all know how the events of May and June 1989 turned out in Beijing. A year later in Burma, Aung San Suu Kyi was put under house arrest by the ruling junta instead of being allowed to take her position as prime minister following electoral victory by her party. Vietnam, for its part, remained a communist dictatorship.
These musings on my part are because of the news today that Mrs Aquino has died from colon cancer at the age of 76. It's hard to imagine what East Asia might be like today were it not for her courage and perseverance. 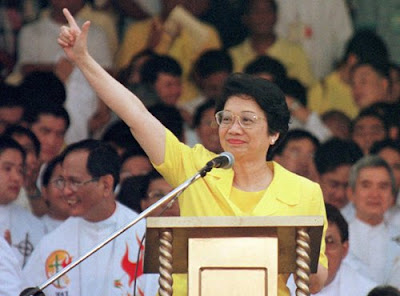