And speaking of dishonesty... 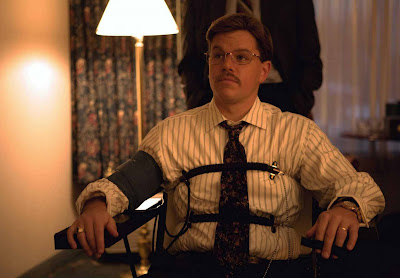 I just got done watching The Informant!, a film starring Matt Damon that chronicles a case that his character, biochemist-turned-VP Mark Whitacre, made for the FBI that agribusiness giant Archer Daniels Midland (ADM) was engaged in massive price-fixing in the 1990s.

The movie itself is an entertaining jaunt, but at the same time is kinda scary when you think about how widespread corporate malfeasance may be. But anyway, what I found interesting was that two major Korean foodstuff manufacturers were mentioned a couple times in the movie, Miwon and Cheil. 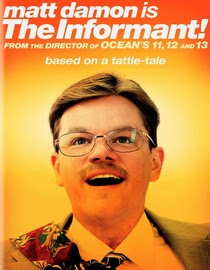 From the Kurt Eichenwald book on which the movie was based:


Besides the Japanese, there were other foreigners involved— executives with European subsidiaries of Ajinomoto, as well as officers of two Korean companies, Miwon and Cheil Jedang Ltd. Over time, Herndon figured, he would get comfortable with the names.

It's a case of hundreds of millions of dollars of price-fixing that, frankly, I don't recall involving Korean firms (or Japanese ones, for that matter), even though I remember reading about the ADM case in American media:


Tensions were rising among the lysine producers, even before the Tokyo meeting began. Several of the companies were dissatisfied with the results from Irvine. The Korean companies—Miwon and Cheil— both believed that they were being cheated in the volume allocation. Executives from Cheil were so angry that they refused to come to Tokyo. The tussle between ADM and Ajinomoto had been only partly resolved, and both were wary of the other’s honesty. Only Kyowa Hakko had not voiced a direct objection to the allocation.

Anybody recall this case, and recall the Korean companies' involvement? All of the players, it seems, are doing just fine despite the case.

The price-fixing was over lysine, an essential amino acid that was being used as a food additive. What's interesting (to me, at least) is that Matt Damon's character made several references to Michael Crichton books such as Rising Sun, while the movie Jurassic Park, also written by Mr Chrichton but not mentioned in The Informant, highlighted the genetically modified dinosaurs' inability to produce lysine as a failsafe that would prevent them from surviving long if they ever made it off the island.