"How come at these immigration rallies, people are carrying flags of every nation except the USA?" 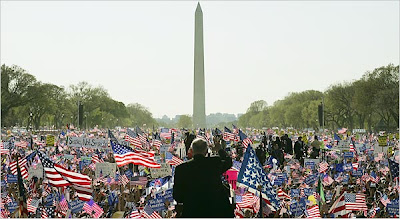 One of the memes I find annoying is when people disparage immigrants as being more loyal to their "old" country instead of their new one (i.e., the United States, or Los Estados Unidos, if you prefer). It's not hard to find remarks in the comments section of conservative sites (and mainstream ones), or even mainstream newspapers like the Orange County Register, where people ask "How come I see the flags of Mexico, Guatemala, Honduras, etc., at these rallies, but never the flag of the US of A?!"

Well, maybe it's because you're not actually looking and you're only repeating a talking point that sounded good to you at the time. 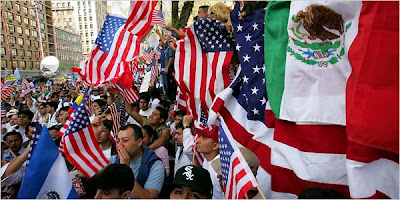 Here's the source (and here's the source for the picture at top). Of course, it's the New York Times, that liberal rag, so maybe they picked the one single spot where people had their American flags out. Or maybe they handed out the Stars & Stripes just so they could prove the yahoos wrong. Could be it. They're that evil.

While we're at it, Exhibit B: 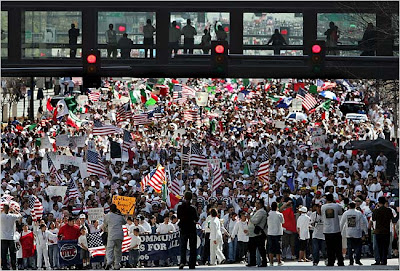 Here's the source for this one. These were easy enough to find. All I did was a Google image search of "immigrant rally." I didn't even have to add "American flag" to get these results. KushiFact labels this one blatant lie. 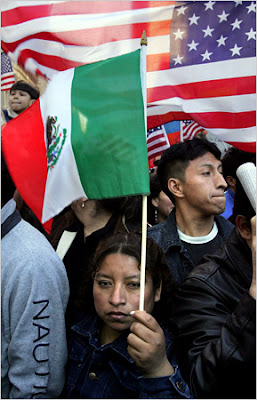 There are more after the jump... 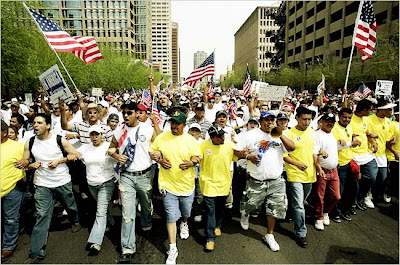 I see only American flags in this one [source]. 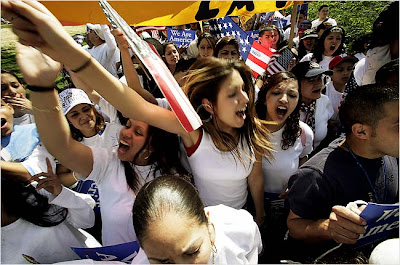 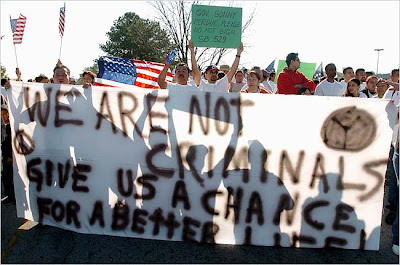 "We are not criminals. Give us a chance for a better life." [source] 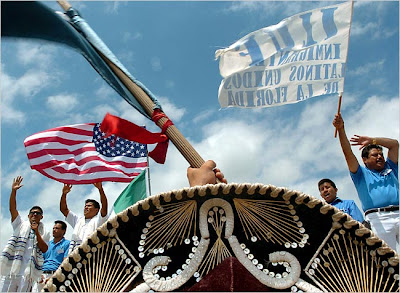 Points off, because these folks have their flag backwards. [source] 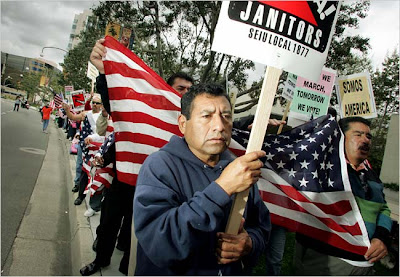 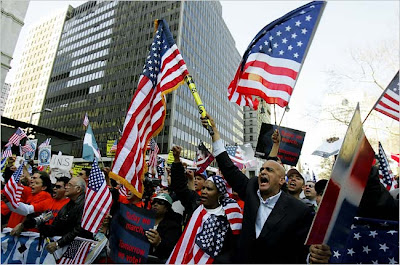 Not yet American but already angry. [source] 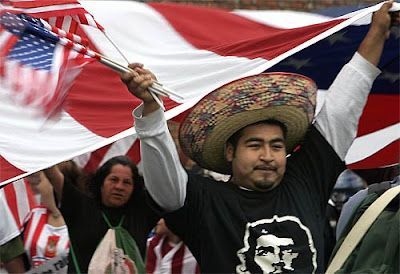 This one's not from the NYT. [source] 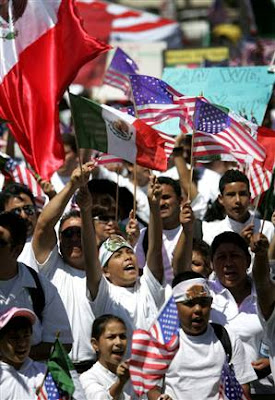 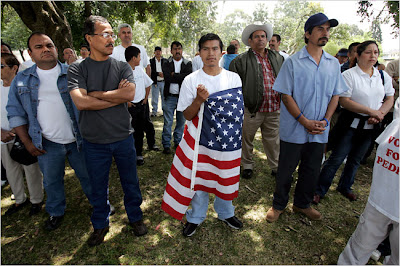 Not sure if this is disrespectful or not, but I know Canadians do this with the Maple Leaf. [source]
on May 03, 2010