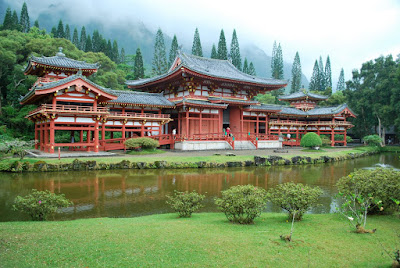 Inspired by the comments at this "Lost"-related post at Ask a Korean, I've decided to post a picture I took of Byodo-in Temple, which is a re-creation of a famous temple of the same name (but with mācrōn dīātrīcāls) in Kyōto-ken, Japan. It was used as the backdrop for the wedding of Jin and Sun, the two primary Korean characters on the program. 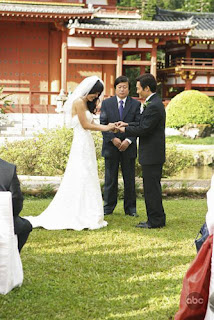 It begs the question, like the Santa Monica Mountains near Malibu which served as the location for M*A*S*H, does this look anything like something you'd see in Korea? And if not, is it really that big a deal? I can't even begin to count how many times I've seen places in Seoul or Kyŏnggi-do stand in for the US or Canada.