Happy Mother's Day to all you mothers out there. 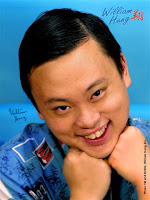 [right: I could not find a suitable picture to go along with the "hung parliament" gag, so I turned on SafeSearch. Google assures me that the the guy in the family friend photo at right is will hung.]


[Note: In a previous edition of the Daily Kor, we alluded that Kim Jong-il had been institutionalized at a mental health facility. The headline should have read "Dear Leader is committed to six-party nuclear talks. Monster Island regrets the error.]
on May 10, 2010