PBS Newshour on the Chonan sinking: "humiliation and revenge"

KCNA's free site doesn't yet have North Korea's official reaction to South Korea's official acknowledgement that the DPRK sunk the Chonan, but there are a couple of interesting pieces from PBS's Newshour, including a roundup of the story and an interview with Dr Victor Cha and Joel Wit. I've said it before and I'll say it again: this program is probably the single best source for a dispassionately objective view of major national and global news stories you'll find in the United States.


Well, the educated guess is there are two reasons. One is to humiliate the conservative South Korean regime, which basically has pulled back from the engagement policy of its two predecessors.

And the second reason is, the North Koreans were kind of looking for revenge for previous naval clashes in that -- in that area where North Korean sailors were killed.

Dr Cha offered suggestions for how to proceed (echos of this post) without triggering a full-scale conflict:


Clearly, the main near-term task is to fashion a response that shows the North Koreans there are real costs to doing what they did. And I think that means the South will do some things on their own, largely diplomatic, cutting off trade ties, which hurt the North Korean economy and the leadership quite a bit, as well as reinforcing the alliance with the United States, whether that is in terms of submarine detection capabilities, anti-submarine warfare capabilities, and naval exercises. I think these are important things to do. 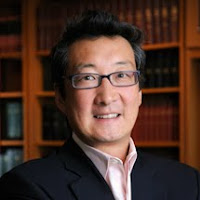 When the question of China's role was broached, Dr Cha was willing to call a spade a spade:


But, as Joel said, the real problem is China. China's behavior thus far in terms of this incident has been subpar, to -- to be kind. They have been very clumsy, backward, and really out of step with the international community in terms of addressing this issue.


I think I disagree with Victor a little bit here, because I don't think the -- the Chinese reaction has been surprising, subpar, or clumsy.

I think China has very different interests here than the United States and South Korea. China's interests here are rapidly shifting towards emphasizing stability in the region. And that means doing nothing to force North Korea into a corner, where it might lash out at other countries, or to trigger the collapse of North Korea.

And the second objective here for China, quite frankly, is to increase its influence in North Korea. And, to serve that objective, we have seen China increase its assistance to North Korea over the six months, after North Korea conducted a nuclear test and missile test. So, I think we're in a very tight spot here. And I'm not quite sure how to get out of it. But I know that China is not going to solve this problem for us.

Are we watching the same program, Mr Wit? The Chinese reaction has indeed been subpar and clumsy. But you're right, not surprising.

Why would China "solve this problem for us" when people such as Mr Wit undermine South Korea's or the US's stance by providing excuses for China's unwavering support for regimes like Kim Jong-il's? Sheesh. Any support I've had for engagement via some sort of "Sunshine Policy" does not include asking for seconds in response to murder of one's citizens. It was necessary to try engagement, it worked up to a point, but right now it's necessary to regroup in the face of outrageous misbehavior. China needs to be told to get on board, no excuses. This act is simply too heinous to do any less. They need to be woken up to the fact that North Korea's nuclear and conventional brinkmanship is indeed a destabilizing force.

Anyway, looking for year-old links to provide support for this or that post on Laura Ling, Euna Lee, and Mitch Koss has been a fun stroll down memory lane. I hate to sound disgustingly smug, but I'm just going to give myself a pat on the back for being so spot-on from day one about all this, in the face of lots of people telling me how wrong my speculations were.

Of course, once Joshua started to see the light, he came up with some pretty good stuff, too. On his One Free Korea he came up with a great list of do's and don'ts for the not-so-accidental tourists, including this:


6. No Larry King. Not tomorrow, not next week, not ever. Larry King is a tool and a blight upon our society, and your support for him poisons a world in which my children will have to live.