Over at The Marmot's Hole, Wangkon is asleep at the switch, so I'll do the honors and post on Katherine Heigl's daughter, which is of course a Korea-related story (and a Marmot's Hole favorite). Naleigh is doing just fine after open heart surgery, which she underwent before she left Korea to be adopted by Ms Heigl and her husband Josh Kelley last September. This is now being revealed in a Harper's Bazaar interview.
From People (reporting on Harper's):


When Katherine Heigl and husband Josh Kelley welcomed Naleigh last September, the couple explained that they were able to adopt their daughter faster because of her special needs.

Revealed to be a congenital heart defect, it was repaired with open heart surgery before the baby girl left Korea.

Now, I'll just come out and admit that I gave some thought to including this as the final story in today's Daily Kor. Something along the lines of "Katherine Heigl disappointed to learn only Korean cars come with ten-year warranty." But I have learned that making even the slightest of jokes about babies getting surgery can elicit depictions-of-the-Prophet reactions amongst the blog-reading populace (Exhibit A), so don't expect to read anything like that here.


"Her heart is 100 percent fine now. She has a scar, so she won't be wearing bikinis, which is fine by us," Katherine explains, unembarrassed by her overprotectiveness.

Sure, everybody gets upset that a marginal K-blogger makes a funny by connecting quality assurances on Korean products with adoptees from said country, but Mommy makes a potentially traumatizing comment that her daughter may be too disfigured to dress attractively and no one bats an eye. Really, between my comment and Ms Heigl's, which one will a twenty-something Naleigh be talking about with her therapist while on the couch in the year 2030-something?

Anyway, in all seriousness, I do say kudos to Ms Heigl and her husband Josh Kelley for their choice of adopting and taking the tougher route of adopting a special-needs child. And my best to Naleigh and all the children like her, who are always in my prayers. 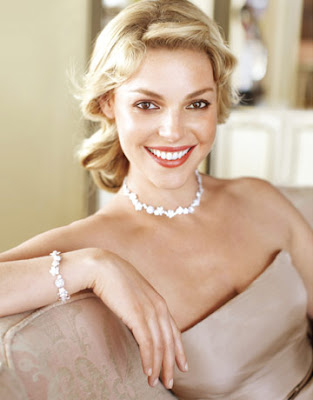