David Brooks on "The Gospel of Wealth"

In my daily three-mile jogs runs, my iPod plays NPR News's 7 a.m. broadcast, the New York Times's Front Page podcast, and the PBS "Newshour" podcasts that most interest me. In today's America, where many say that the "mainstream media" is too liberal and that Faux News (with all its distortions, outright fabrications, and focus on non-issues) is a necessary antidote, I say give PBS's news programs a shot, particularly "Newshour." Politically balanced, relevant, thorough, comprehensive, and substantive. Edifying and decidedly un-shrill. 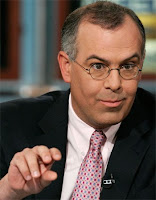 David Brooks often represents the conservative side in discussions, usually positioned against "liberal" counterpart Mark Shields of the Washington Post. Actually both are somewhat moderate, and I while I find myself agreeing more often with the left-of-center Mr Shields, I learn a lot from right-of-center Mr Brooks.

And thus it is no surprise to me that I enjoyed this column by Mr Brooks, on how America's runaway love of wealth may be pulling the country away from its values, that I sent it to my mom. The same mom who chides me for taking too long in grad school and not going after the big bucks and the big house like my siblings or cousins have, something she has admitted to me she sees as some sort of failure. (Never mind that I may actually be happier than my siblings or cousins, saddled with far less debt since I'm not living so far outside of my means).


The tension between good and plenty, God and mammon, became the central tension in American life, propelling ferocious energies and explaining why the U.S. is at once so religious and so materialist. Americans are moral materialists, spiritualists working on matter.

[Minister David Platt] is in the tradition of those who don’t believe these two spheres can be reconciled. The material world is too soul-destroying. “The American dream radically differs from the call of Jesus and the essence of the Gospel,” he argues. The American dream emphasizes self-development and personal growth. Our own abilities are our greatest assets.

But the Gospel rejects the focus on self: “God actually delights in exalting our inability.” The American dream emphasizes upward mobility, but “success in the kingdom of God involves moving down, not up.”

Platt calls on readers to cap their lifestyle. Live as if you made $50,000 a year, he suggests, and give everything else away. Take a year to surrender yourself. Move to Africa or some poverty-stricken part of the world. Evangelize.

Platt’s arguments are old, but they emerge at a postexcess moment, when attitudes toward material life are up for grabs. His book has struck a chord. His renunciation tome is selling like hotcakes. Reviews are warm. Leaders at places like the Southern Baptist Convention are calling on citizens to surrender the American dream.

I don't expect any of my relatives to give up or give away their Lincoln Navigator (so named because when you drive it you feel like you're piloting a boat) anytime soon, but I hope they'll at least consider a Honda CR-V or a Hyundai Santa Fe the next time around.