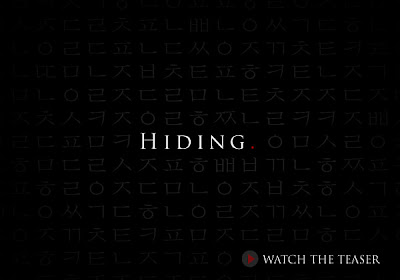 Esther Lee, the communications manager at LiNK (Liberty in North Korea), a highly worthy organization aimed at assisting North Korean refugees hiding in China that you may remember from Pepsi's "Refresh Everything" campaign, passed along some information for me to share with my readers.

From their website's announcement:


This year, we've rescued 20 North Korean refugees from hiding in China, thanks to the help of our incredibly generous supporters.

"Hiding" will follow the story of five individuals whose recues you have helped to fund. The documentary will highlight what life in hiding is really like and the risks that must be taken to escape.

LiNK's Nomads will be taking the film on the road this fall so if you are interested in seeing it, please book a screening to secure a date on our tour. We’ll be traveling to colleges, high schools and churches.

Here is a link (ha ha!) to the teaser. They've also got a list of planned screenings, and a way for folks to host their own screening. Their "tour" doesn't seem to include Hawaii, so if anyone out there would like to join me in co-hosting a screening here in Honolulu, shoot me an email.

Esther also informs that LiNK is doing an eight-week webisode series, with considerable cooperation from the Ford Motor Company, to follow a North Korean defector whom LiNK helped rescue:


We were ecstatic to learn today that we were selected by Ford in a project called The People's Fleet, a two-month program in Los Angeles that will help five influential and socially-conscious organizations drive their unique missions forward with a Ford Fiesta, Flip HD video camera, and a professional cinematographer. Ford will highlight LiNK's work by following us with a film crew for the next eight weeks and promoting our work to Ford's network. This will all be done behind the wheel of the brand new Ford Fiesta!

The Fleet will follow North Korean defector Danny, rescued by LiNK in 2006, as he lives his resettled life in Los Angeles, as well as capture LiNK's headquarters operations.

Some of the webisodes for that can be found here, along with those of several other of Ford's worthy projects (including Habitat for Humanity in Orange County).