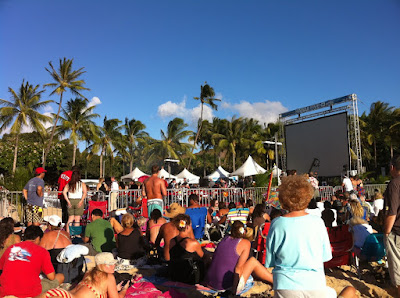 I know I should be studying and working, but I decided to take the evening off to catch the world premiere of Five-0 2.0.

I'm still kicking myself for missing the season 6 premiere of "Lost" in the same spot at Waikiki.

Maybe I'll catch a glimpse of Grace Park. Just hope the tide doesn't get any higher.

UPDATE:
As the time for the arrival of the stars approached, the tiny spaces of sand you see here were filled in by people who came late to the party who pushed their way in to see the celebrities, in some cases knocking aside the chairs and blankets of those who, as had been recommended, had gotten their by 5 pm. These were some of the same folks shouting "Boomer!"at Grace Park. Stay classy, tourists.

UPDATE 2:
I did catch a glimpse of Grace Park. And Daniel Dae Kim. 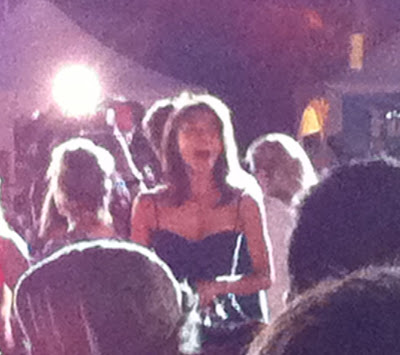 UPDATE 3:
And here's me at the premiere: 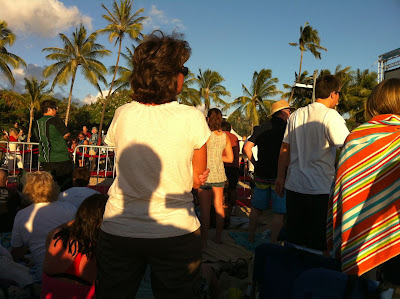