Hyundai doubling its HQ in OC 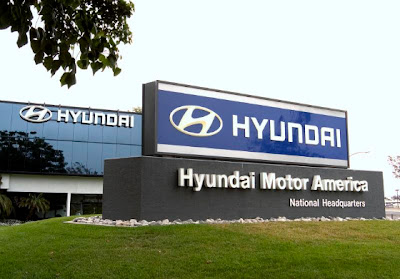 This is good news for the local economy:

The Korean automaker, the fifth largest automotive company in the world, will invest $150 million in the project. Plans are to more than double the size of the facility to 500,000 square feet.

Hyundai's headquarters staff is also expected to double to 1,400 people.

Construction is planned to begin in the middle of next year and be completed by the end of 2012. Hyundai's employees will work in other temporary quarters in Orange County during the construction, the company said.

The Los Angeles Economic Development Corp. estimated the headquarters project will have a total economic impact of $273 million.

It's a good sign for Orange County that Hyundai (along with Kia) is doing so well that it is expanding so ambitiously. And it's also an indicator of how free trade can help boost local economies on both sides of the ocean.

OC is beholden to several Korean and Japanese automakers who are headquartered in the Big Orange: In addition to Hyundai and Kia, there are Mazda, Mitsubishi, and Suzuki.