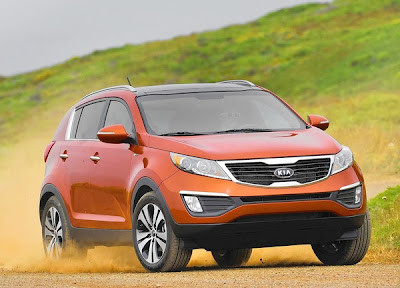 
Kia should check the security cameras at its offices.

To drive the 2011 Sportage EX all-wheel drive is to think a roving band of German engineers broke into Kia headquarters during the vehicle's development and replaced the original blueprints with a set of their own.

The thing drives, looks, and in some cases costs like it's straight out of Bavaria, rather than South Korea.

I will admit that Kia's new offerings are looking very nice. My next vehicle in Korea will likely be a LPG-powered Kia Sorrento, but the Kia Sportage does look nice.

Email ThisBlogThis!Share to TwitterShare to FacebookShare to Pinterest
Labels: Kia