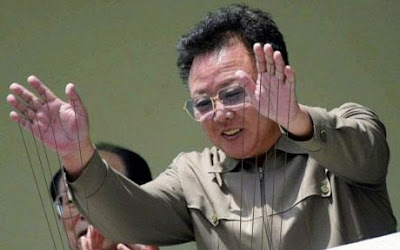 With the DPRK's grand party congress convening tomorrow, there have been a lot of articles talking about what is expected to happen (i.e., the coronation of Kim Jong-un), why the congress was delayed (e.g., opposition to the coronation of yet another Kim), and what it all means (i.e., we have no frickin' idea, but we must pretend otherwise). So in that spirit, here are some articles and their highlights (i.e., what I consider the take-home message).

I'm still holding out the possibility that Kim Sŏlsong, Kim Jong-il's daughter, may be the chosen one.

UPDATE:
Kim Jong-un and Kim Jong-il's sister have both been named generals.
on September 27, 2010