Elantra to be built in Alabama 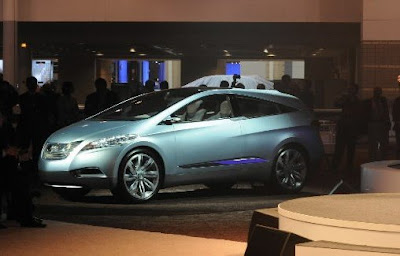 With production of yet another of Hyundai's top products in the US market being shifted from South Korea to Alabama, folks there have reason to be giddy:


Hyundai is redesigning the Elantra and will begin production of the model at its Hope Hull, Alabama, assembly plant late this year, with sales beginning in 2011. The move means Hyundai's 3 top-selling models will be produced in the U.S.

The Wall Street Journal is suggesting there won't be many new jobs created, but it's a good sign that the jobs already there will be more secure.

I just hope Hyundai has no problems keeping up quality control as they continue to expand. Here in Hawaii, I drive a Honda Passport, which was actually made at an Isuzu plant in Indiana, and that's the closest I've come to owning an "American car" (my family is loyal Honda/Acura and especially Toyota owners; we used to be Dodge/Chrysler devotees as well, but not after some major problems). So far, my Isuzu-made Honda has served me well, but I've only managed to put ten thousand miles on it in the past four years, not enough for me to completely shake that niggling feeling that cars made in America (versus their counterparts in Japan or even Korea nowadays) of any brand may have unforeseen problems lurking under the hood. Yeah, that's a bit of a prejudicial judgement, but when you have to help relatives whose minivan with 80K miles on it craps out on a freeway at 65 mph, it makes an impression.