Apparently, the strategy is to pay them so little that they can't afford to buy pot... 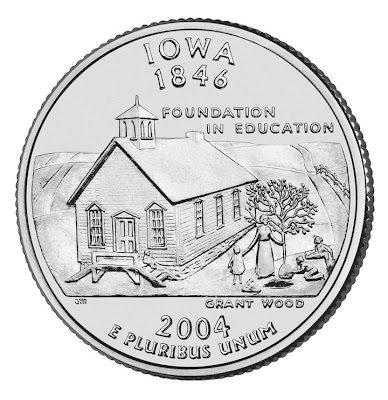 It looks like the drive to get English teachers for rural South Korean communities has made its way to Iowa, with the University of Iowa and the University of Northern Iowa agreeing to provide students who will teach English while learning Korean. They will receive a monthly stipend of 1.5 million won (a bit under $1500 for the time being).

Roboseyo has noted how little pay this is, adding that if this is what ROK government ministries are going to do, then they shouldn't complain about "unqualified English teachers." (To be fair, the people making such complaints are often not the same ones making such policies.)

He also quoted from memory someone from The Marmot's Hole who noted that among the three hiring goals that ROK government agencies have...
... they realistically can only choose two.

I'm not quite that pessimistic, but I can understand the cynicism. And certainly asking people who haven't yet graduated from college to work for what seems a pittance might seem like a recipe for disaster.

But wait. Is this really as bad as it seems? Methinks that some folks who have been working in Korea since the Bush administration may be blissfully unaware of just how bad things are back in the US (including, presumably, the 56th state). People are taking jobs they never would have considered before, with a lot of undergrad students happy to get a job, say, working at Starbucks.

Let's say this is twenty-five hours per week at four weeks per month. That comes to about $14/hour, with one's lodging paid for (plus language learning thrown in for free). That's thirty to fifty percent more than working at Starbucks, a job in which you would have to pay for your own housing.

Is this a bad deal then? Perhaps not. Now if I were an English teacher, I would be concerned about wage depression, if they were in fact able to effectively fill slots this way. Then again, if they're college students operating under government-university MOUs, the supply is naturally limited.

We'll have to see how this turns out.