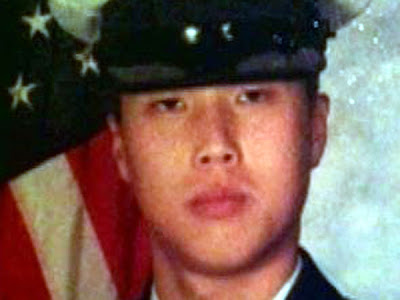 Down in San Diego, a former Coast Guardsman named Holim Lee who was wanted in connection with the slaying of San Diego police officer Christopher Wilson was found dead with a twenty-seven-year-old woman with the ironic name Lucky Xanasene. She had been shot in the head.

Though he'd been recognized for heroic achievements in the past, Mr Lee had also gotten caught up in criminal activities, but at least one friend said he was a "really sweet" and "a good guy" who lately had been under the influence of drugs after finding life as a civilian very difficult. Mr Lee's family, who has expressed their deep condolences to Mr Wilson's family, say meth ended up taking over Holim's life.

Email ThisBlogThis!Share to TwitterShare to FacebookShare to Pinterest
Labels: methamphetamine, some kyopo are evil