Selig Harrison and I are on the same page;
I'm scared. 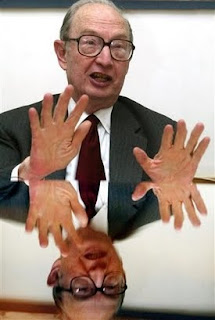 Selig Harrison sees the anointing of Kim Jong-un as North Korea's future King Jong as a victory for reform in North Korea. Yes, you read that right.

From his op-ed piece in the Boston Globe:


Kim Jong-il's bold moves to strengthen his grip on the Workers Party, the Army, and the bureaucracy in North Korea mark an important victory for the advocates of economic reform and improved US ties in the Pyongyang regime. The Obama administration should quickly signal its readiness for a resumption of denuclearization negotiations, linked to the normalization of US-North Korean relations.

He arrives at this conclusion through a route that I myself laid out (hence the "same page" remark in the title): Beijing wants to see Chinese-style economic reforms in North Korea and they likely gave the green light to Dynastic Transfer 2.0 (i.e., the rise of Brilliant Comrade Kim Jong-un) only with such an understanding.

I'm not so sure I agree with Mr Harrison about Kim Jong-il's willingness to carry out reforms at China's behest (even if in 2002 it appeared he was trying to implement reforms himself, in Shinŭiju):


If Kim Jong-il should suffer another stroke and is incapacitated or dies, North Korea might well face a crippling power struggle between newly emboldened reformers and the old guard. But for the remainder of his rule, he has greatly strengthened his ability to carry out the reform and denuclearization agenda that China has been pushing him to pursue.

It seems Mr Harrison is suggesting Kim Jong-il really wants to carry out reforms, which may be true, but something held him back, like the old guard. However, when Beijing nixed the idea of an SAR at its doorstep in Shinŭiju, North Korea seemed to go in the direction of tighter economic control, not looser. Color me unconvinced.

I'm also not sure I share Mr Harrison's optimism that Kim Jong-il's brother-in-law Jang Songtaek, the presumed regent to Kim Jong-un while he learns how to hang people with rope, is a great behind-the-scenes reformer and not someone who is just bent on holding on to power:


While little is known about the views of Kim Jong-un, who is only 27, there is no doubt about the reformist credentials of Chang Song Taek, Kim Jong-il’s brother-in-law, who will be the highest-ranking of four assistant vice chairmen of the Defense Commission as well as chairman of the Administrative Bureau, which runs the Workers Party.

Chang’s attempt to organize a reformist youth league in the Workers Party triggered an Old Guard backlash. He was in disfavor until the 1996 famine gave Kim Jong-il an excuse for winking at the eruption of private farm markets that soon began trading in consumer goods, smuggled from China and South Korea. Chang became the moving force behind the subsequent expansion of both an increasingly overt market economy and of a loosening of economic controls over small enterprises.

Indeed, I've found some of Mr Harrison's thoughts on North Korea to be downright fantastical, but oh, wouldn't it be wonderful if he were right?

But then again, that would mean engaging North Korea just as Plan B seems to be off the ground. And therein lies the dilemma: How should the Obama administration (or a future Palin or Clinton administration) react to Kim Jong-un assuming power in a post-KJI North Korea? Should we hope that the guy might be someone with compassion that we can work with? Can we hope that maybe his older brother Kim Jongnam is advising him that the DPRK should not longer be a murderous regime?

Just how much stick and how much carrot?