The week in video 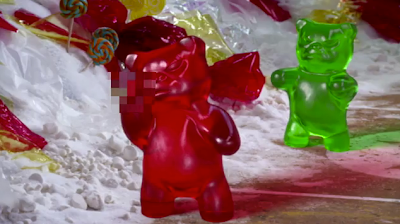 They say bad news comes in threes, and it may be true for bad videos. (I would warn you that some of this stuff may be NSFW, but the fact is, I have no idea if this is okay where you work. Maybe your boss likes this kind of thing and you having it on your monitor will make you more popular and more likely to get that promotion. So in lieu of "NSFW," I will offer the Kushibo Warning: One of the links contains video of a pop star practically falling out of her top while chasing a muppet, but it's up to you to decide if that's something you are able to view at work. I ain't your mommy or your nanny.)

First there's the apparently fake GI who pounded a drunk ajŏshi harabŏji in the face.

Oh, my. Apparently, as best as objective sources could piece together JJ, the Otis of Itaewon, accidentally hit Fake GI with a pool stick and Fake GI got irate and it went outside where JJ refused to apologize (he's an old guy, and this is Korea, where things are still Confucianist to a high degree) and that just made Fake GI even more irate, to the point that he punched the decrepit old man in the head a couple times.

He then followed this with a tirade about how, "I fought in Iraq for six years to put up with your bullshit... I killed more men than you ever met." And while that looks bad for the GI community, a lot of people were quick to point out this guy was not a GI. So what gives about some jackass running around punching people and claiming some Iraq War bravado? A pre-emptive and impromptu PTSD defense just in case the cops do come and arrest your ass?

And they did. But here's the thing, JJ didn't press charges. He pulled a Reginald Denny: he got his apology and that was it. And yeah, as mucked up as that may be, that's the way it works in Korea (and yes, it even works for foreigners).

I, for one, agree with The Marmot.


Even if he should have apologized, and granting — judged from everything I’ve read or heard — that the old guy seems to be rather well-known in Itaewon, there’s no excuse for what I saw on that video. And to be frank, I live in Itaewon, and don’t want someone like that roaming the streets.

Exactly. I don't care if the old guy didn't press charges against this punk: This hot head is a danger to the community and he ought to have to pay a fine if not get jail time. Heck, I wouldn't shed a tear if the guy got deported. The guy needs something to teach him a lesson; he can't just get away with it.

In fact, this really underscores a problem with crime and punishment in Korea today: While the effort by the cops to get wrongdoers to apologize and make amends (often financially) to the wronged party, this also serves to allow violent offenders to get off scot-free. It may work fine with traffic accidents, but apply this to child molestation, sexual assault, physical assault such as this, and you could have a serial offender basically never seeing the inside of a courtroom or jail where he (or she) belongs.

And what's the deal with everyone standing around watching this happen? (Well, not everyone.)

And on to our next vid, there's the rude girl who "yelled" in panmal to an elderly woman after being scolded by her a few too many times, only to have the nana go Rambo on her ass in a crowded subway.


If you have trouble viewing that, go to Roboseyo's for the YouTube version, which has the audio off from the video, making it all the more bewildering.

Now this halmŏni opening a can of whup-ass has opened a can of worms as well. In still-Confucian society, just how Confucian are we? Can the elderly get away with anything simply because of their age-based position? What is the appropriate response for the egregious offense of speaking to an elderly person in panmal? (The Korean thinks a slap to the face is not inappropriate, and I'm not so sure I disagree, though what we see in the video is clearly crossing the line.)

[As a side note, I think it's interesting that Darth Babaganoosh has actually encountered this halmŏni, to the point that she may be something of a fixture. Kinda cool that even in a city of 10 million souls, it's "small town" enough that we can have our resident Otis the Drunk and That Old Bat on the Subway.]

And what's the deal with everyone standing around watching this happen? (Well, not everyone.) 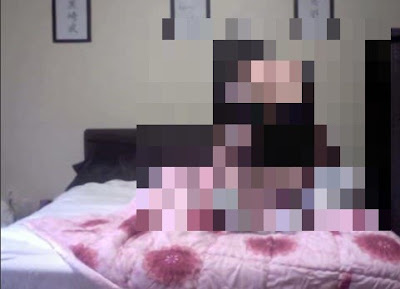 I wait in anticipation for Metropolitician to brush this off as merely a young man just making home videos of his time in Korea.

All right, time to finish this on a less oh-fu¢k-we're-s¢rewed note, so the last video is Katy Perry's famous appearance non-appearance on Sesame Street.


Or should we say Sexame Street? Oh, that's not very original. How about Sees-all-o'-me Street? Anyway, this was spoofed on Saturday Night Live by Ms Perry herself.

Oh, my. I'll bet the producers of Sesame Street were shocked... shocked!... that someone as wholesome as Katy Perry, a pastor's daughter and former gospel singer, would attract so much controversy. 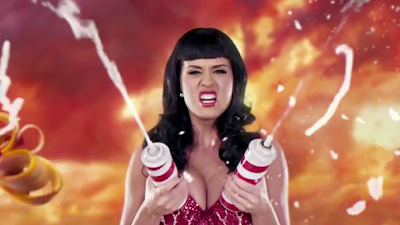 That's not the pornification of America at all.

UPDATE:
In light of the Quincy Black story, this is as good a time as any to recap for readers how to label their homemade videos, and remind them that the only safe way to avoid your nekkid body ending up online is by having sex just with the Amish.