From Erie to Iri 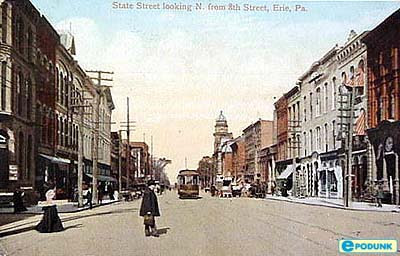 Well, not quite, since she ended up in Seoul, but it would have made for a great blog title if this enthusiastic teacher ended up in Iri, Chŏllabuk-to (not Iksan), instead of the capital.


Four years in Canada and one linguistics degree later, I found myself living in Seoul, South Korea as an ESL kindergarten teacher, far from the shores of that provincial hometown. I had, at some point in my undergraduate linguistics career, heard the drumbeat of the overseas ESL market, and registered for a one-year intensive Korean language class. When Koreans ask me how I got here, that’s what I tell them. I say, “Yeah…I studied the language in undergrad, so I got interested in Korea, and I just ended up here…”

But what I really want to say is: “Well, I come from a pretty economically depressed region of the US, and when I finished my undergrad, I had no viable options for a job in my hometown, and few personal connections for jobs anywhere else. I was able to get a job in Seoul that paid about $23,000 a year, included free housing and round-trip airfare, provided health insurance, and only required a bachelor’s degree,” –which is more along the lines of the truth. My Korean studies did help me move to Seoul, and my linguistics background did nudge me toward language teaching, but the main draw of the Korean labor market was stable, decently remunerated employment for my 22-year old self.

There is nothing wrong with taking a job — even one a third of the way around the world — because the economy is bad where you're from. That is, after all, a major motivator for working and migrating. But if financial factors are the primary reason (or just a major one) for doing so, that doesn't provide a license for griping about the work or how difficult things are in a foreign country, looking at everything with a sense of entitlement or privilege, or doing a half-arsed job. [Conversely, it shouldn't give anyone from the country you're now living in a justification for treating you badly, either.]

So, Kristi Gandrud, you are my Anti-Kvetchpat of the Week. Keep spreading the sunshine.

Email ThisBlogThis!Share to TwitterShare to FacebookShare to Pinterest
Labels: anti-kvetchpats, kvetchpats, US economy