From Koran to Korean 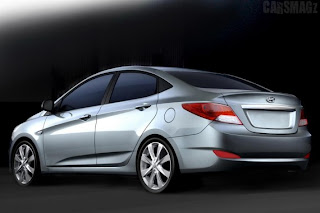 Pardon the bad pun, but it was inspired by news today about that "Christian" pastor in Florida who'd made headlines around the world with his "Burn a Koran Day," which he later canceled.

Well, it turns out the Gainesville minister is getting a free car out of the deal. A Hyundai Accent to be precise. Brad Benson, a former center for the New York Giants who now owns a major car dealership, had offered Reverend Jones the Korean automobile if he backed down on his incendiary plans:


Car dealer Brad Benson made the offer in one of his dealership's quirky radio ads, which focus more on current events than cars. But he was surprised when a representative for Jones called to collect the 2011 Hyundai Accent, which retails for $14,200.

"They said unless I was doing false advertising, they would like to arrange to pick up the car," Benson recalled. At first he thought it was a hoax, so Benson asked Jones to send in a copy of his driver's license. He did.

Jones, of Gainesville, Fla., never burned a Quran but told The Associated Press on Thursday that the offer of a car was not the reason, saying he learned about the offer a few weeks after Sept. 11.

Now before you say "more like ill-gotten Gainesville" ('cause that's what I said), it turns out the newly enlightened parson is going to donate the car to an organization that helps abused Muslim women.