An iPhone, not just the iPhone4 but also the iPhone 3G and 3Gs, makes for a pretty good stand-in for a regular camera, especially in bright light. For better or worse, it has made me lazy about carrying around my Nikon when I want to do street photography (which is not necessarily pictures of actual streets).

It's also easier to hold an iPhone in such a way that it looks like you're not actually taking a picture of your subject than it is to do the same with an SLR. That is, if you're inclined toward that kind of photography where people who had the misfortune to walk near you in some "fashionable" part of Seoul unknowingly end up on the "fashion blog" you do instead of actually working on the PhD you tell everyone you practically already have.

Anyway, my pictures are more toward social comment or memorabilia, not aesthetic structure. No one's forcing you to look. 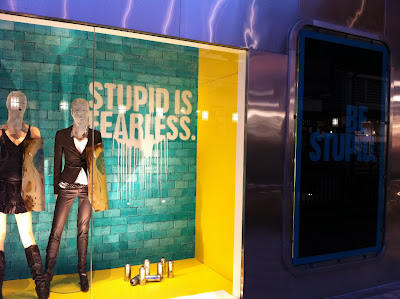 "Stupid is Fearless." "Be Stupid." Quasi-PLO ski masks. This just begs comment, but I won't, since that's what they want. 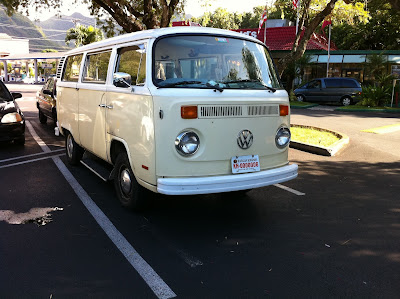 Note not just the well-maintained VW bus, but also the "Hawaiian Kingdom" license plate (click once or twice to fully enlarge). The subtext here is Native Hawaiian nationalism and anti-colonialism. Frankly, I have no idea if this is a legally recognized license plate, but if you read up on the Akaka Bill, you might get some idea. 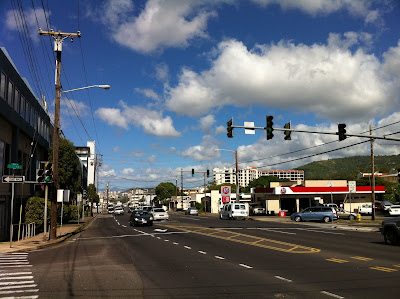 This is Waialae Avenue, a street I walk up and down quite often. There's something pleasant about the urban environment on this side of Honolulu that I just like. Very little trash, older well-maintained buildings, beautiful clouds and friendly people. I frequently end up at this street corner on the way to McDonald's... 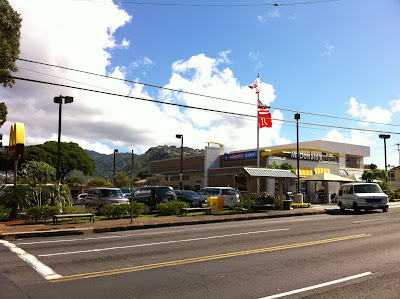 ... where Monopoly is back!™ Yep, I play, and I have been well-rewarded with fries, Cokes, McFlurries, and other goodies. 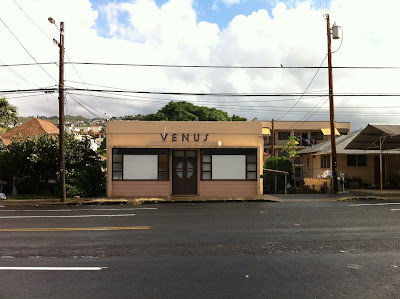 This is just half a block Ewa (westward) of the McDonald's. I pass this nearly every day, but I have no idea what this shop is. But it makes me want to sign a lease and open up a coffee shop full or retro Korean paraphernalia.

Note the old homes nearby. Were it in Seoul, Pusan, or just about any other metropolitan area in Korea, this would be a neighborhood in danger of being razed to make room for mid-rise apartments. 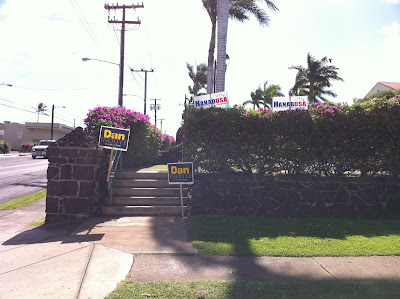 These campaign posters are for Dan Inouye (running for his ninth term in the US Senate) and Colleen Hanabusa (running to reclaim the Hawaii-1 US House seat for the Democrats). [The school right behind the posters was, I believe, the school attended by Jack Shephard's son in the flash-sideways episodes of Season 6.]

The beloved and respected Senator Inouye is considered such a shoo-in that the eighty-six-year-old, who is the longest-serving member of the US Senate since Senator Byrd of West Virginia died, has hardly been running any campaign whatsoever. So devoid of any campaign signage is this city that for a while there I didn't even realize he was up for re-election this year.

Ms Hanabusa, on the other hand, is having a tough time unseating her former opponent, Republican Congressman Charles Djou, who won the seat with a plurality because the two Democrats (one of whom was Ms Hanabusa) couldn't get their act together. It was a special election with no party primary, scheduled to fill the seat after Neil Abercrombie vacated it to run for Hawaii governor. (I shook his hand today at a campaign event that focused on educational issues; I didn't have the heart to tell the septuagenarian professor that this year I voted in California instead.)

Hawaii voters apparently don't like to vote out incumbents, which is what Mr Djou now is. That's why, even though this is a firmly blue state where Obama got nearly three-quarters of the votes in 2008, Republican candidate Djou is in a dead heat with Democratic candidate Hanabusa.