Another quick-and-dirty edition (i.e., only checking half my usual sources), as I have been volunteering today. A nice bit of good news on the economic front, with happy days here again, I s'pose.
On this day in history, future DPRK founder and genocidist Kim Ilsung was born to a Presbyterian elder and the daughter of a Protestant missionary. Interestingly, his Wikipedia page lists his place of birth in Japanese: Mankeidai, Heian-nando, Japanese Korea (the latter should be Chōsen; maybe I go change it, yeah?).
On this day in the present, taxes are due if you're in America. 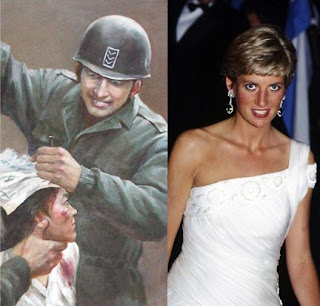