The return of the kyopo backlash?

If you were in South Korea in the 1990s, you may recall that there was a wave of anti-kyopo sentiment (kyopo referring to ethnic Koreans living in foreign countries or returning to Korea) in the media and amongst some members of the general public.

Kyopo, exemplified as the hard-partying, money-flashing, innocent-Korean-girl-corrupting, and staying-out-all-night-every-night Hongdae types that became media icons — and may have inspired the term orenjijok [오렌지족] after the Orange County origins of many of these prodigal sons of bitches — were derided for many of the same "they are corruptive because they don't share our values" reasons that partying and toking "unqualified English teachers" are criticized today. 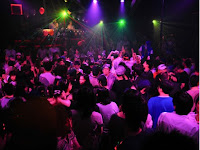 As I wrote here, the Korean media (not unlike media in a lot of places) need whipping boys (note the plural), and kyopo were a convenient target. And as I wrote at Brian's, in addition to the stuff above that sounds as much like it is applied to E-series visa holders today, kyopo were knocked for a plethora of other reasons that made them appear even more egregious:


Before the flood of NSETs in the past decade, kyopo were at one time the whipping boys of the media, flaunting their wealth, bedding down lots of girls, bringing in drugs, and teaching English without qualification. Sound familiar? Oh, and they were also seen by some as descendants of Koreans who betrayed Korea only to come back now that it was getting wealthy and could be exploited.

I only wish I'd been blogging fifteen years ago so I could cite some of this stuff from the archives.

Anyway, the point of this post (and there is one) is that some recent stories in the media [I will edit this to add a second recent one I don't have time to look for because I'm going kayaking around Lanikai] seem to be indicating a return of negative media attention on kyopo, especially the significant minority of kyopo (but a majority of Western kyopo) who are eligible for the F-4 visa that gives wide-ranging freedom to work.

Indeed, as I suggested at Popular Gusts here, stories like this on in the Korea Times are going to keep raising the profile of "unqualified kyopo teachers":


A Korean-American murder suspect, who once worked here as a native English teacher and was apprehended last month, will be extradited to his homeland for trial, a court here said Tuesday. 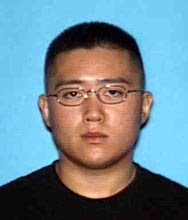 The Seoul High Court said it has agreed to hand over the suspect, Ronald Rhee, to the U.S. Department of State. The U.S. government sought his extradition via the South Korean prosecution in February.

Rhee had been a member of a gang in Los Angeles. The 24-year-old, who earned American citizenship at the age of nine, stabbed a Korean-American there on July 14, 2006, and fled to Korea, according to the prosecution.

He worked as a teacher at a private language institute for two months last year with a fabricated diploma, the prosecution added.

"He meets all the requirements to be subject to extradition," said Judge Seo Ki-seok in a statement. "Plus, it's unlikely that he would face any discriminatory treatments in an American court because of his state of origin, religion or skin color."

The court dismissed the suspect's request to have his case handled by a South Korean court.

"Most people and the evidence in connection with the crime are in the U.S. In addition, given his long residential experience in the U.S., sending him to the U.S. does not challenge humanitarian values," the judge explained.

Rhee was arrested along with a group of "unqualified" native English teachers, who were suspected of using drugs habitually.

Here's more on Ronald Rhee. Note that in the article his "homeland" is his country of citizenship (the US), not his country of birth (ROK). (And you have to wonder about the utter foolishness of smoking pot in a country like Korea when you're on the lam for murder.)

There have been some high-profile cases of accused murderers teaching English on F-4 visas, not to mention the negative attention brought to kyopo through the movie about the murder of a Hongik University student at the Burger King in Itaewon, with both the media and the authorities taking notice.

I think this is part of an emerging trend (or rather, a resurgence), and as the media and some politicos have succeeded in getting some restrictions placed on the free-for-all hiring of any warm E-2-eligible body from an anglophone country, they may now be setting their sights on the F-series folks, including kyopo.

But up to some point, is negative media attention entirely unjustified? It may not be necessary for the ROK government to rethink giving wholesale residency rights to former ROK citizens and their direct descendants (which is what the F-4 visa is), but maybe it's time to plug the F-series donut hole that allows F-4 and F-2 visa holders to skirt the background checks that should be in place for people in our classrooms, especially if they're around teens and children.

Email ThisBlogThis!Share to TwitterShare to FacebookShare to Pinterest
Labels: some kyopo are evil