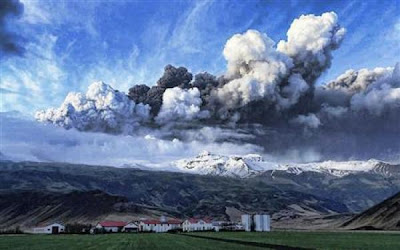 Another quick-and-dirty edition today, as I went to Byodo-in Temple and Lanikai early in the day.
Anyway, I thought this picture of the volcano beneath Iceland's Eyjafjallajokull glacier totally kicked ass, which is why I put it up there. The smoke and ash led to flights across Europe being canceled, including those from South Korea. And I must say, Iceland looks pretty green for April.