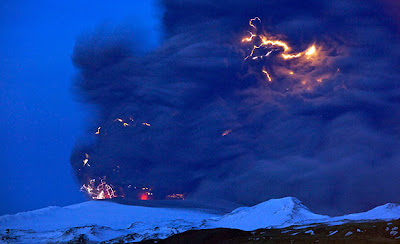 The Los Angeles Times has some real cool pictures of some rather monumental volcanoes around the world, starting with everybody's favorite Icelandic air traffic stopper and then moving on to Washington State's Mt St Helens (which I visited as a kid right before it erupted; it took years of therapy before I stopped blaming myself in a personal conflict I called "'Bo versus the volcano"). 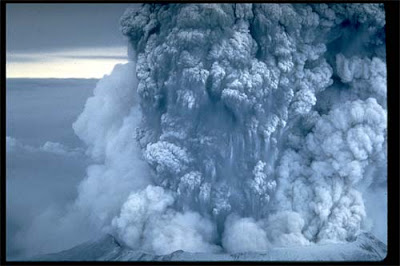 The slideshow includes such ash heaps of history as Mt Mazama, which erupted thousands of years ago to form Oregon's Crater Lake [below], or the Greek islands of Santorini, which may have been the inspiration for the myth of Atlantis.

Meanwhile, the LAT also has an article on how volcanoes below ice, such as Iceland's Eyjaquiviksostuugeklw3wwugi*%, might be able to tell us about the relative thickness of ice when various volcanic eruptions occur, going back thousands or even millions of years, which may in turn give us more insight into climate change. 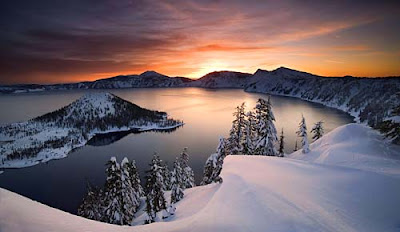 Email ThisBlogThis!Share to TwitterShare to FacebookShare to Pinterest
Labels: volcanoes