Well, if Pyongchang's for finally winning the right to host the Winter Olympics has probably shot up quite a bit. I think only a totalitarian wolf in democratic clothing could scare the IOC away from giving South Korean hosting rights now, and that already happened.

Seriously, Kim Yuna represents quite a few things that give the ROK an edge — she's an Olympic celebrity of considerable skill and popularity, she represents a growing interest in winter Olympic activities, and she's just genuinely likable. I don't want to go on record saying Pyongchang is a shoo-in, because I've been wrong twice when the county won a plurality of votes on the first round but lost in the end, but I'm hopeful. 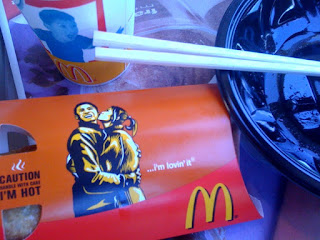