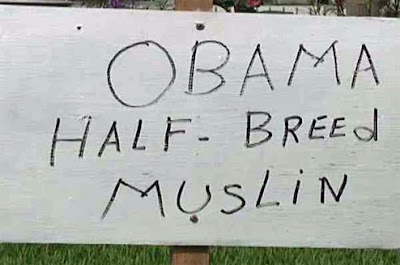 I've written in the past (see here and here) about Hawaii's annoyance at dealing with repeated requests for an asked-and-answered issue, whether or not President Barrack Hussein Obama was actually born in Honolulu.

It's a costly endeavor at a time when state and city-county budget cuts are forcing school furloughs and cuts to even core courses at the public university system, which is why the state legislature is serious about doing something about it.

From the Honolulu Star-Bulletin:


A proposal aimed at stopping repeated requests for information from so-called "birthers" might also shut out legitimate information requests by the public, says a University of Hawaii professor opposed to the measure. 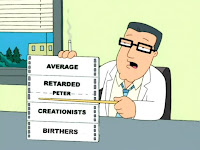 An amended version of Senate Bill 2937 advanced out of a joint House-Senate conference committee yesterday and now faces a final vote in each chamber. The bill says government records are open to public inspection unless access is restricted or closed by law.

Government agencies would not be required to respond to follow-up requests for information if, after a "good faith review and comparison," the subsequent request is deemed duplicative or substantially similar to a previous request.

Agencies also would not be required to respond to subsequent requests if the pending request had been responded to in the past year or if the agency's response to the request would remain unchanged.

There are dissenters, including a University of Hawaii journalism professor who fears that this will also "provide a big loophole for government bureaucrats in terms of ignoring legitimate requests."

Furthermore, many "birthers" will end up seeing this as one more sign of a conspiracy. 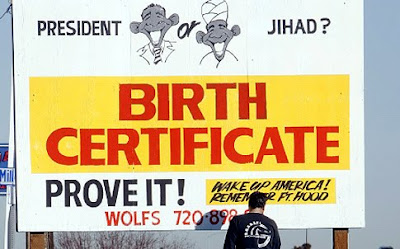 Me, personally, I really think this is a stupid waste of time and a distraction. And setting aside the constitutional question, South Korea's President Lee has shown that a foreign-born head-of-state (himself, born in Japan) can do a fine job as national leader.

[Note: Since the Star-Bulletin sometimes removes stories from its website, I'm also linking to an AP article of the same story.] 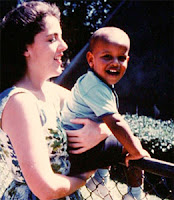 [left: A gone-natural Madonna and her latest adoptee Young Barack with his mother. Picture source here, which is extremely NSFW and you should not click. I promise you that you will wish you hadn't. But I did, and now I have to scour my eyes with hand sanitizer. Perhaps you think there's some gag if you click the link and you'll have some laugh after you go there, but I'm not kidding.]