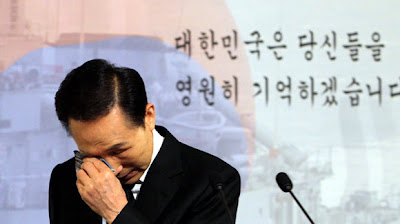 I wish I had seen President Lee's address. Individually reading off the names of all the dead would be a profoundly moving thing to do in front of the nation — which undoubtedly forgives him for his tears — and it probably prepares the people for whatever tough action Seoul will take. Indeed, it probably signals that tough action is coming, a far cry from the wishy-washy way former President Roh Moohyun dealt with North Korea causing a loss of life of ROK sailors. 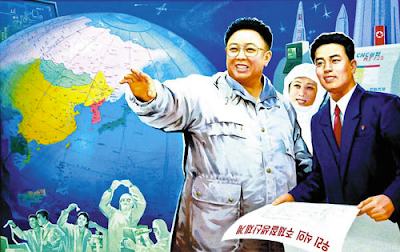