PETA goes after my sannakchi 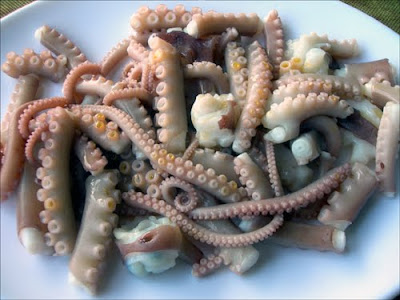 I have to admit I quite enjoy live baby octopus [산낙지; sannakchi, aka sannakji], even if I don't have it that often. The scene in Oldboy where the protagonist shoves an entire live octopus into his mouth didn't particularly appeal to me on a gastronomic level, but I do appreciate the taste and texture of baby octopus (dipped in kochujang) that is so fresh its severed tentacles are still wiggling around on your chopsticks.

PETA, however, objects [HT to reader]:


Showing cruelty of gastronomical proportions, restaurants in Manhattan (Sushi Uo) and Queens (Sik Gaek and East Seafood Restaurant) are chopping up and serving live octopuses to customers. Octopuses have their tentacles cut off while they are still conscious and are then served, writhing, while their hearts are still beating. Others are slowly steamed alive in front of customers before their tentacles and upper bodies are cut into small pieces with scissors.

And they're trying to make the case that these are smarter creatures than we realize (the same argument applied to dogs, dolphins, and whales):


Because octopuses have sophisticated nervous systems and feel pain just as acutely as mammals do, we feel that the restaurants' practices clearly violate the state's anti-cruelty statute. Recently, octopuses were observed carrying around coconut shells to use as shelter—making these complex cephalopods the first known invertebrate animals to use tools. These "deep" thinkers are also fond of decorating. They decorate their dens with bottle caps, stones, and other objects that they find on the ocean floor. They are so smart that they can also learn how to do things such as unscrew jars by watching someone else do it—once!

I'm not sure I buy that high-consciousness argument, as the ones that are eaten aren't exactly the large and smart ones, and so much of its motor movement is obviously separate from the brain itself. At any rate, how can you not want to eat them when in the plural of their species, you're reminded of pie?

Anyway, I guess this is one time it's for the best that Korea is in the shadow of Japan, because they're mostly picketing sushiya, not hoétchip. 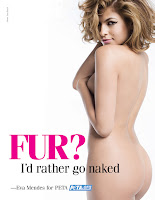 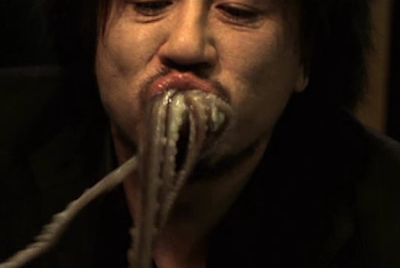 UPDATE: I've decided to add a little artwork to this post, including the main character in Oldboy, Oh Taesu, devouring the aforementioned octopus. Below is the female protagonist's (Kang Hyejŏng) reaction to said devouring. In the interest of keeping this blog family-friendly, I will spare you the jokes that he picked the wrong thing to eat raw. 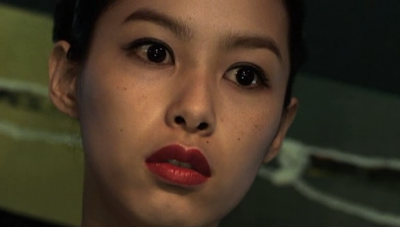