It's a slow, Yonhap-dominated news weekend, which is a good time to highlight updates to one of yesterday's stories, North Korea's denial it was involved in the sinking of the Chonan. Apparently, I was a little too fast with the story, and it took a while for the major media to catch up. So now we have links from John Glionna of the Los Angeles Times, as well as Reuters, WaPo, AP, UPI, AFP, WSJ, Bloomberg, BBC, Yonhap, the Korea Herald, Chosun Ilbo, and the Korea Times. Meanwhile, here's the rest of the news. 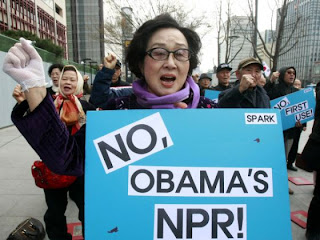