And speaking of Kim Jong-un...

Fresh off the latest news of the Brilliant Comrade's unceasing rise to the top of the ash heap of history, it looks like Yonhap has released another picture of someone who they think is Kim Jong-un.

The below picture at least is believed to be Kim Jong-un when he attended the International School of Berne in Switzerland, while the girl at right is Kim Yojong, his sister, who attended public school (like a good socialist) in Switzerland. 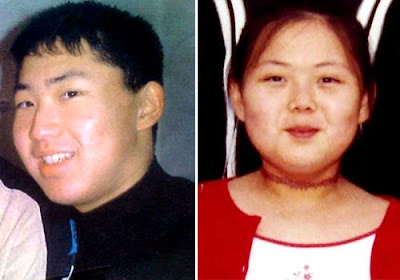 The existence of yet another offspring throws a further monkey into the transition works (unless Yojong is actually that son of KJI's they were saying he thought was too feminine). So in addition to the Exuberant Progeny, there is yet another contender/pretender to the Kim Dynasty throne which we shall have to...

... Holy shit! I can't go on... Do you see that thing on her neck?! Whiskey Tango Fu¢k! What the frackety fu¢k is that? Is she a Maori chieftess or something? Seriously, did the they attach the head of Kim Yojong to the body of some other girl, or vice-versa? Is defense against the choking arts something the Kim children are all taught in some after-school program?

Good God! Frickin' Addams Family all up in there.

Anyway, using a carefully crafted algorithm that takes this new photographic evidence, ages it according to normal growth patterns that account for diet, genetic background, environment, and the phenotype of one's siblings, I'm fairly certain that this is what Kim Jong-un looks like as an adult: 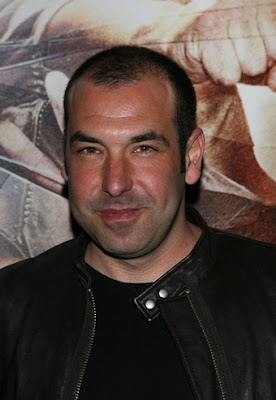 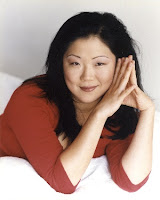