Ask not for whom the bell tolls, it tolls for Ri. 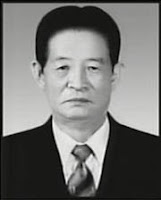 I should have highlighted this story from a few days ago, about the death of Ri Jegang, the octogenarian apparatchiki shuffler (that's what it said on his myŏngham, I'm certain of it) who was responsible for setting up the transition of power from Dear Leader Kim Jong-il to his youngest son, Brilliant Comrade Kim Jong-un. He died in a car accident. Hmm...


As always, when dealing with reclusive North Korea, it is difficult for even longtime experts to divine exactly what is happening there, and the combination of the two recent deaths and the dismissal has fueled speculation that Mr. Ri might have been assassinated in a power struggle.

Some are proffering alternative scenarios, however:


But some analysts say the more plausible explanation is less nefarious: that Mr. Ri died while driving in possibly dangerous conditions.

Kim Jong-il, a night owl and heavy drinker, likes to call in his confidants to late-night policy meetings and drinking parties, said Lee Sang-hyun, a North Korea analyst at Sejong Institute just outside Seoul. These officials judge their standing by whether they are invited to the night sessions, and if so, how often.

“They get the order to attend in the middle of the night without a warning,” Mr. Lee said. By the time they set off to return home, they are often drunk, he added. Although top Korean officials generally retain drivers, Mr. Lee said the country’s leader often required officials to drive alone to the meetings to maintain secrecy.

Frankly, I'm not buying it. For starters, this speculation lays out a reason for others to drive to the meetings alone, but not for Mr Lee himself.

Anyway, I think we've seen a few too many eggs broken in this omŭraisŭ lately, most recently the septuagenarian who was billed as the one responsible for the Great Currency Obliteration of 2009, which ended up sparking unprecedented discord and anger among the peasantry. 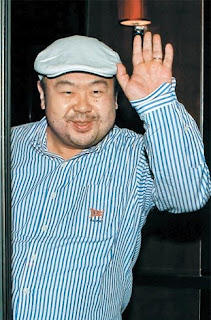 Even Kim Jong-il's eldest son, Exuberant Progeny Kim Jong-nam, is apparently fearful he might end up kissing an assassin's bullet thanks to all the palace intrigue.

Now imagine for a minute that you're one of the higher-ranking apparatchiki among the nomenklatura. You're starting to realize that if you fail to support the right person, you don't end up getting fired: you get terminated, for real. And if you're aware that the Dear Leader's personality has been a bit off since the stroke, you may legitimately worry that the slightest perceived mistake may mean your demise.

Who can work effectively in that kind of environment? And if you're starting to worry that the twenty-something son will be another eccentric figure who has to be catered to, you might be thinking that this is the time for a brown parade... or worse.

So in conclusion, they're coming for you. What are you going to do about it?