My schedule hasn't lent itself to doing a daily news roundup (a situation which may continue until mid-August), but since I'm sitting in a Mickey D's for two hours waiting for someone (the plight of those in Southern California without personal transport), I thought I'd give it a go.
The big story, of course, is Korea's loss to Uruguay in the World Cup, which even if you hadn't watched the game, you no doubt would have discerned from the wailing and gnashing of teeth. And speaking of depictions of hell, 3.5 million Uruguayans will soon discover the torment of 11,878 Netizens hating their asses with a white-hot passion, a situation that will only worsen when the chinboista fifth columnists discover that the Uruguayans are South Americans. 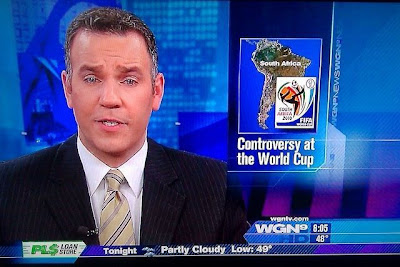