Saying "Aloha" to the Honolulu Advertiser after 154 years 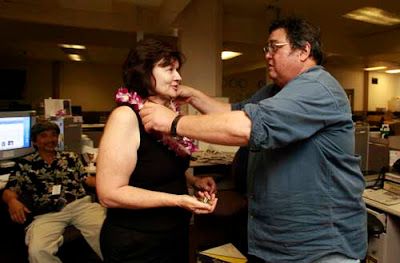 After today, the Advertiser will be no more.

This paper goes back to the days of the Kingdom of Hawaii, nearly half a century before it was a US territory or state. This makes Oahu pretty much a one-newspaper town (Honolulu Weekly doesn't really count). I don't like that kind of lack of competition, nor do I like the way larger and larger media groups are lapping up newspapers and reducing the amount of independently written content there is.

Here's the link to the Honolulu Advertiser story on its own demise. Here it is in the Los Angeles Times, too, just in case the former link ends up dying soon (the Star-Bulletin also has the story).

Email ThisBlogThis!Share to TwitterShare to FacebookShare to Pinterest
Labels: Hawaii