Another Korean model in blackface and dressed up as an African 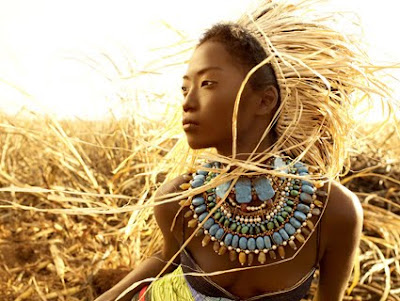 This is apparently from last fall, but I only saw it a couple days ago when I was channel surfing past the CW: "America's Next Top Model" dressed up their non-Black candidates in blackface in order to give them a biracial look.

It is this kind of thing, I argued here, that confuses Koreans, Japanese, and other Asians when it comes to the sensitive issue of cross-racial depictions, particularly because it sends very mixed messages. One could argue, as I did in the case of "Black. White.", that there are appropriate situations in which use of blackface is legitimate and transcends the particular negativity associated with it in the US where it has been grossly misused and abused in the past.

But make no mistake, even in 2009 America, this kind of "race play" may be seen as a controversial ratings grabber, even if it is done "appropriately." 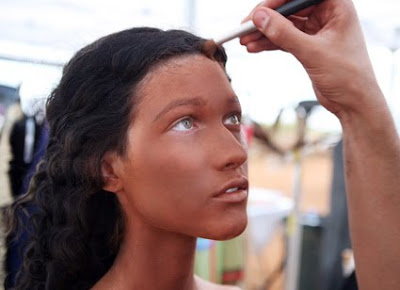