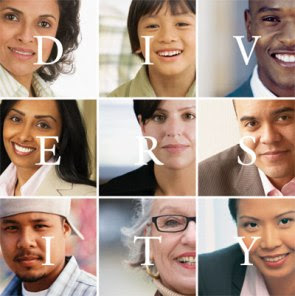 Readers of Monster Island will recall that one out of every five children in the US is Latino.

Well, the Census Bureau, anxious to release some data to show how hard they're working (despite actually being horribly incompetently managed) has released some new stats that are along the same lines: 35 percent of all the people in the United States are minorities (i.e., non-Hispanic Whites). In California, far and away the most populous state in the country, that number is 65 percent.


Across the nation, the number of minorities continues to rise and the white population continues to decline, according to U.S. census estimates released Thursday.

Minorities now make up about 35% of the population in the United States, an increase of 5% from 2000, reflecting demographic changes seen most powerfully in the Golden State.

"More of the country is going to be like California," said William Frey, a demographer with the Brookings Institution. Minorities make up 57% of the population in California.

The figures released Thursday come from estimates based on data collected last year. "As we get closer to the 2010 census, we're seeing a decade where the white population is aging," Frey said.

In 42 states, numbers show a loss of non-Hispanic whites under age 45. Nationally, this group declined by 8.4 million.

Seriously, we need to turn some White people Mormon or whatever that conservative branch of Catholicism is that doesn't recognize Vatican 2. 화이트피플, 화이팅!

Anyway, it's interesting to note that this is not the actual 2010 Census data, but probably numbers from the extensive American Community Survey, a very extensive rolling survey conducted by the Census Bureau that is always going on, even in the "off years" when there is no general Census.

Email ThisBlogThis!Share to TwitterShare to FacebookShare to Pinterest
Labels: Census, minorities in America