On the twenty-one-month anniversary* of Park Jaebum's "Korea is gay" faux-pas, which caused his career to crash and burn, I thought I'd post something about this bit on actress Meg Ryan's response to the whole scandal.

Meg Ryan, who has had her own run-ins with South Korea's fickle public opinion, produced a PSA (public service announcement) aimed at warning those in the entertainment industry who might run afoul of South Korea's "netizens" if they say something other than that Korea is the land of milk, honey, and an all-consuming light that fills you with heavenly bliss and elation.

Be warned, some of this is NSFW. It originally aired on HBO, which does not censor flashes of nudity or bleep out profanity, and Ms Ryan can swear like a drunken Mancunian when she's coked up. (HT to Yuna) 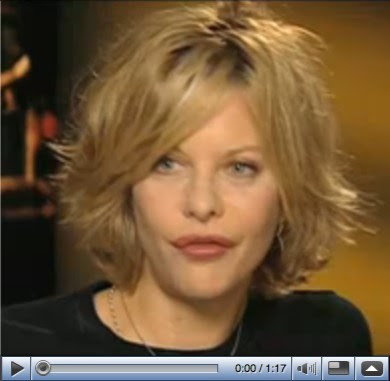 UPDATE:
I've been informed there are problems with the video, so I dug up the transcript here, which I'm printing in its entirety:


My fellow Americans and Canadians,

Recent events have seen yet another victim of an entertainer's past being ruthlessly dug up to hurt him in the present and destroy his future. Korean-American hiphop star, singer, dancer, and aspiring actor Jaebum Park of the Korean boy band "3:30 p.m." has been raked over the coals and forced to quit the group because of comments he made in his youth. He said Korea is gay (which it is not) and that he hates Koreans (which I don't), but he apologized.

But the online community of Korea is a hungry beast, and Jae (as I like to call him) had to be sacrificed. My fellow entertainers, I stand before you today to warn you, for the sake of your own careers, don't say anything bad about Korea. Nothing. Don't say their country is gay. Don't say you hate them. Don't say the endorsement you got paid millions of dollars to do was stupid. Don't make dog jokes, and don't have sex in a Buddhist shrine and then feature it in a movie.

No good can come of these things. It may seem like harmless fun at the time, but you could end up costing your studio tens of millions of dollars in lost ticket sales or you could even lose your career. Like my little bum Jay.

I know his pain. I, too, was on the receiving end of the Korean netizens' wrath.

"When Harry Met Sally" used to be on the air all the time in Korea. OCN, the equivalent of basic cable, showed it an average of 2.7 times a day. The city of Pusan was using it as their tourism promotion video.

But then it all changed. A Korean in New York — a spy I think, probably someone overstaying his visa — saw it, understood only the words "sexy," "mild," and "stupid," and contacted all his friends on Cyworld. Within 37 minutes, 89% of all Koreans knew about my innocent gaffe. "The Late Show," which usually has about 1.2 million viewers, shot up to 49.3 million if you counted everyone watching on American Forces Network Korea.

Luscious Creamy, the makers of Sexy Mild, sued me for breach of contract. There was so much smoke from angry people burning me in effigy that planes had to be rerouted to Osaka.

In my defense, just what the fuck is "sexy mild" supposed to mean?

Indeed, there is a lot we can learn from Meg Ryan. Including that if your only marketable skill as an actress is being cutesy, you should probably learn to act before middle age sets in.

* Actually, in a drunken stupor I simply forgot to hit PUBLISH POST after I wrote this in September 2009.