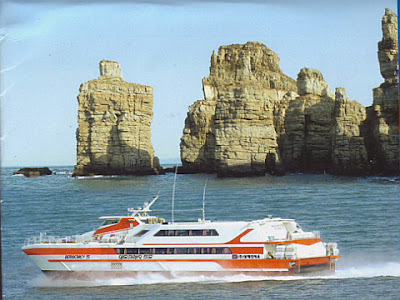 Would you want to live on one of the Five Islands of the West Sea (서해오도)? You know, the ones that North Korea occasionally attacks because they no longer think the Northern Limit Line (or NLL, the de facto maritime border since the end of the Korean War). How about visiting? Now before you say Hell, no!, please consider that the above picture was taken on the lovely island of Paengnyŏngdo (백령도). It's Tumujin (두무진).

Now before you say Hell, yes!, please consider that the picture at right was also taken off the waters of Paengnyŏngdo. That's a great white. Great whites are a rare sight in Korea, usually seen only in English classrooms. [rim shot] 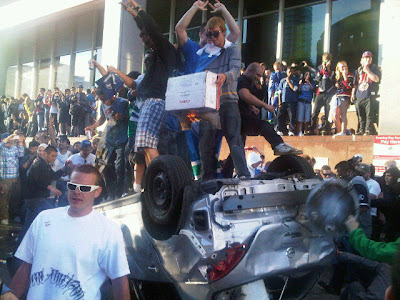