Bringing the hammer down on drunk drivers

In Orange County, perhaps the most talked-about recent story is that of Ashton Sweet, the fourteen-year-old Irvine cheerleader who was killed after the car she was riding in was smashed into by a drunk driver at around 1 a.m. on May 29.

The Orange County Register has been covering this story for days. Her parents said six people received her donated organs, and yesterday a thousand people turned out for her funeral.

Jeffrey Farley, who was driving the vehicle that hit Ashton's, has been charged with murder (he is pleading not guilty). Here's the thing: the twenty-six-year-old already had a plea of misdemeanor drunken driving from June 2009, and in 2005 he pleaded guilty to refusing to take a chemical test while his license was suspended, which is a DUI-related offense. 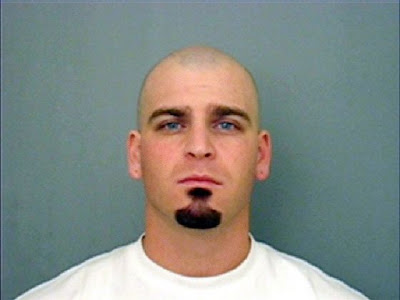 Quite the winner, our Mr Farley. Anyone who reads Monster Island regularly knows how I feel about drunk driving. In this particular case, two questions come to mind: Not only why was this man allowed to drive at all, but why wasn't he in jail?

We can't successfully fight drunk driving if we have linguini legislation that doesn't keep repeat drunk drivers out of the driver's seat. What does it take? Some thought that requiring breathalyzers to start the car would work, but that hasn't been implemented very thoroughly. Suspending licenses only goes so far, as a drunk driver can still illegally drive, so that route requires tough penalties for those caught — at traffic stops, sobriety checkpoints, etc. — driving while their license is suspended.

If all else fails, longer prison terms should be the go-to punishment. When will the courts see that many of these drunk drivers are future killers just waiting for the right moment?

It seems that the authorities in Korea are finally getting the message. Courtesy of 조엘, the latest guest blogger at The Marmot's Hole, we are getting news of stricter punishments for driving under the influence that will go into effect in six months:

For the first offense:
For a second offense:


For the third offense:
Maybe I'm a little sensitive to this because I have been hit twice by drunk drivers in Korea and once in California (see here). Knock on wood, I haven't yet been hit by a drunk driver in Hawaii (though the sober drivers would give them a run for their money). In the two Korea cases, had the driver snot hit my car, they might easily have hit a pedestrian later (both were in or near residential areas at a time of high foot traffic). In the California case, the guy nearly killed me as he fled the scene in his car with my bike lodged beneath it.

As with other attempts to curb drunk driving, these new rules may give cover to those who wish not to binge drink when out with the boss or their classmates. It's not foolproof, of course, as the ubiquitous taeri unjŏn (대리운전, designated driver services) can keep you drunk and off the road at the same time. But whatever the case, I have hope that this, too, will lead to a downward trend in drunk driving accidents and fatalities. 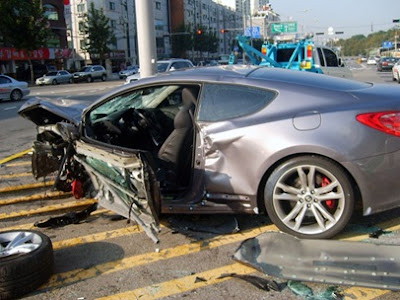