If you read my site regularly, you know that rioters piss me off (and I'm making the distinction between legitimate protesters and those who seek to cause violence and damage to others' property, especially when the victims have nothing to do with the cause of the riot).

So in the wake of the Vancouver riots following the Stanley Cup (you're supposed to riot when your team wins... idiots), I thought I would post something about one of the heroes of the riots who stood his ground and risked serious bodily injury to stop rioters from torching a car.

His name is Bert Easterbrook, a pro-marijuana advocate, and he deserves a lot of credit in my book. One takes some serious risks when they try to the right thing, and the blood on his face at the end of the YouTube video proves it.

This stands in sharp contrast with the likes of, say, Alicia Price, the sweet-looking suburbanite who was one of the people lighting cars on fire. 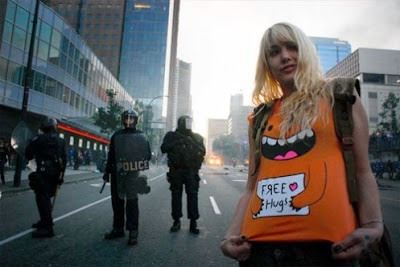 Or, for that matter, Nathan Kotylak, who was also caught on camera. Seriously, did these people not think there would be loads of people snapping their picture and making these public? I'm not supportive of any vigilantism against these people and especially their families, and I question the wisdom of online "public shaming" (what is the threshold of evidence or, for that matter, what level of "crime" deserves such treatment?), but the rioters should have expected that something like this could happen. 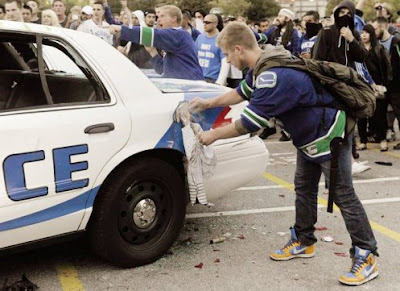