I think I wrote up yesterday's Marines-shooting-at-Asiana-plane story a bit too early. It was only in Yonhap yesterday, but now it's being picked up by AP, UPI, Reuters, CNN. The Korean media (Korea Times, Korea Herald) For your edification, I'm including the CNN story — complete with footage after footage of various Asiana planes landing and taking off — that goes along with it.

As I've taken off from Incheon International Airport various times and looked out over the Google Earth landscape below, I've thought to myself how dangerously close we seem to be to the Northern Limit Line, the de facto border that North Korea has recently begun to dispute. I'm not expert on military matters, but it almost seems as if the remarkable thing is not that this incident occurred, but that it hasn't before.

Certainly there are a lot of questions that need to be asked. Was the Asiana flight where it was supposed to be? Is Kyodong-do Island a no-flight zone for civilian aircraft or at least an area that comes with stepped-up restrictions and regulations such that those Marines would reasonably expect that if a plane weren't a ROK military plane then it shouldn't be above them? Was there a North Korean plane actually mimicking a civilian airliner's flight path in hopes of sparking an incident? 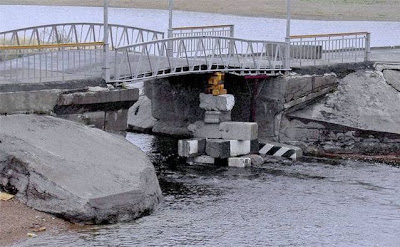