It's a weekend, and as usual that means a slow news day. And that's about the only kind of day you'll find me talking about K-pop, much less raising it up as a news story.

So after nearly a century and a half (story #2), the French finally return the important historic documents they took during their invasion of Kanghwa-do (in retaliation for repression of Catholics, including the killing of nine French clergy). These are "on loan," but the Korean side is saying it's "perpetually" on loan. Better than nothing, I s'pose.

In return, we are sending them Korean pop stars (story #3). 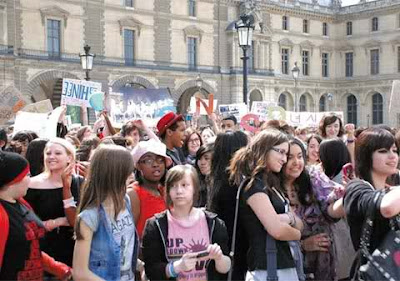