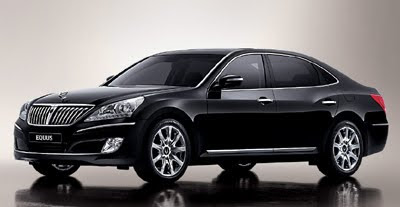 The Detroit Free Press reports that when the Hyundai Equus (still not changing that name, eh?) is sold in the US later this, instead of an owner's manual, the buyers of this high-end Hyundai will get an iPad equipped with software that schedules regular maintenance.

Smirkily, this is what they say about the maker of the Accent's attempts to get into the luxury car biz:


For the past few years, the South Korean automaker has telegraphed that it was raring to take on the high end of the market, setting Korean-edition Equus on the New York show just to gauge reactions.

For that, Hyundai promises new horizons in luxotech geekery, including enough heated/cooled massaging seats that it might be illegal in some jurisdictions to park an Equus near a church. In place of an owner’s manual, Hyundai will instead give each Equus owner an Apple iPad with software to schedule dealer pickup and dropoff for service calls.

It’s a bit of a reach for an automaker that offers the compact Accent for under $10,000, and other automakers have failed in similar attempts to get luxury prices for a mainstream brand.

But U.S. sales chief John Krafcik said Hyundai would only seek to sell 1,000 to 3,000 Equus sedans in the first year, a number that he said would allow Hyundai to pamper the Equus owners – a way to separate them from the folks shopping cheap Accents or Elantra.

“It will allow us to do things for Equus owners that Lexus can’t do, just because there are too many,” Krafcik said, adding “it’s a whole different customer experience where you never have to show up at a dealer.”

If this works, the Chungs may end up being a household name.