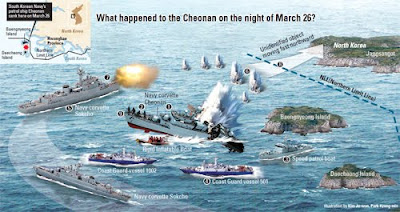 Today is a quick-and-dirty edition, since I've got places to go and things to do this Good Friday (which is actually a holiday here in the Aloha State, where it is still Friday). But the  Chonan story retains its top position in a big way, with the Defense Minister suggesting that it might have sunk due to a torpedo. The above graphic from the Joongang Daily 'splains it all (click for slightly larger version). 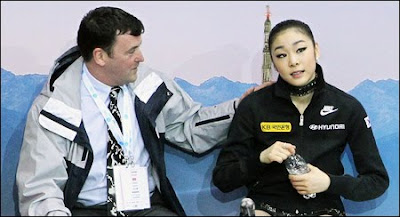