Seriously, though, this could get very bloody, with ROK sailors' lives lost. Nevertheless, I myself am encouraged by the ROK warship heading out there, and I hope it stays there long after the Samho Dream (could there be any wimpier name for a ship? It's like they were begging to be taken over!) is recovered and its crew of five South Koreans and nineteen Filipinos safe and sound.

See, I am a big believer in the ROK-US alliance (and the Pax Americana in general as a means of peace and stability in Northeast Asia), and I believe that USFK's presence on the peninsula is a virtual guarantee that no country will invade ROK territory — not North Korea, not China, nobody. It is only recently that South Korea has been in an economically and militarily strong position such that it could even remotely consider "defending itself" (as if most other countries around the world, even those with far fewer major threats, do that without alliances). But instead of removing the one thing that guarantees no invasion would be attempted by the North, it would be better for South Korea to keep USFK in the K, and instead send ROK forces out into the world to help out.

And that would mean being in places like the Gulf of Aden (and Afghanistan), where they could help patrol the waters, rescue ships under siege, and in general be a better partner for the US. 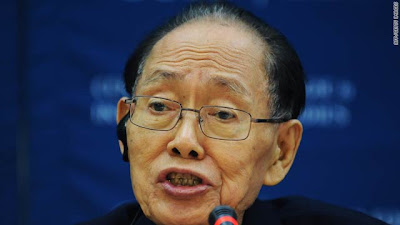