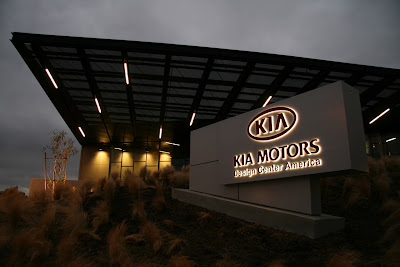 An article in the Orange County Register today was talking up the great month that the Orange County-based automakers had in March. Hmm... OC-based automakers... that would include Hyundai (in Fountain Valley) and Kia (in Irvine), I thought. But no, I had forgotten that Mazda (Irvine), Mitsubishi (Cypress), and Suzuki (Brea) are all based in the Big Orange. From the OCR:


Several automakers with U.S. headquarters in Orange County followed the upward sales trend led by Ford, GM and Toyota in March, with four out of five of the local companies reporting positive gains from the period a year ago.

Last month turned out to be the best March on record for Fountain Valley-based Hyundai Motor America, which reported strong sales of its new Sonata sedan and Tucson SUV. The automaker reported total sales of 47,002, a 15.4 percent increase compared with last year. The automaker also reported its best-ever first quarter, with year-to-date sales of 111,509 vehicles, an increase of 16.3 percent over last year.

Kia Motors America, based in Irvine, also announced its best March ever, with 30,522 car sales last month, a 23.5 percent increase from the same period a year ago. Like Hyundai, Kia also reported its best first-quarter ever, with 76,696 sales through March 31, an increase of 11.3 percent over last year.

Mazda North American Operations, also based in Irvine, reported March sales of 23,193, a 5.5 percent increase vs. March 2009, and its fifth straight month of sales increases. Its top selling car by far was the Mazda3, which accounted for 11,353 sales.

Mitsubishi Motors North America, in Cypress, reported March sales of 5,434, a 17.6 percent increase from a year ago. The March sales month was the automaker’s strongest since August.

American Suzuki Motor Corp., based in Brea, was the only major O.C.-based automaker to report a decline in March sales. Suzuki reported sales of 2,246 for the month, a 72 percent decrease from March 2009.

Isuzu Motors America also used to be headquartered in Orange County (Anaheim), but their car sales are now gone. Too bad, really, as they were pioneers in the SUV. My Honda Passport, in fact, is a Honda-branded Isuzu Trooper, I think. Made in Indiana. 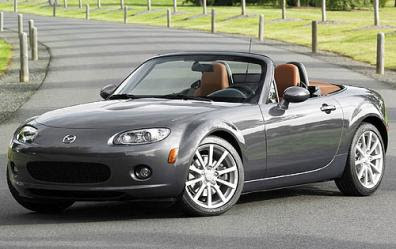