Kwangju student kills herself after "sexual harassment" during MT

Brian formerly in Chŏllanam-do reports on the suicide of a college student in Kwangju who became distraught after being "sexually harassed" during "MT" (i.e., membership training, a kind of retreat for people in the same major or club or other organization).

In the comments section I wrote that I hope more schools in Korea will take a cue from their American counterparts and use these deaths — and make no mistake, drinking deaths during various forms of hazing are an annual outcome in the US — to crack down on organizational binge drinking. 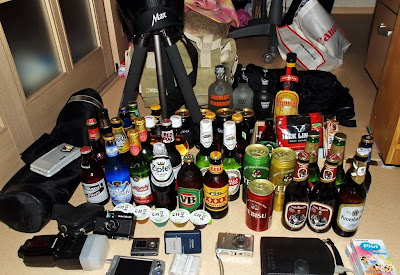 My assertion is that MTs and other drinking-oriented activities exist, in many circles, as a way for sŏnbae to force their hubae get shit-faced, done tacitly or explicitly with the intent of sexual harassment or worse. Forced binge-drinking is directly putting vulnerable people in harm's way.

While others make the valid point that there are other factors that contribute to such things, the binge drinking situation is a common circumstance in which things like this happen, without which they likely would not happen. These MT situations force people who do not drink, don't want to drink, can't handle themselves or others when they drink, etc., to be placed around people with poor judgement and sexist ulterior motives essentially without choice. They don't risk upsetting the punwigi (atmosphere), the kibun of their club members, and risk ostracism later on.

Schools should provide a way for anonymously offered complaints to be investigated, and if evidence is found of wrongdoing — things like forcing people to drink — then they should lose their funding and/or ability to meet on campus. This group-drink group-think is serious stuff, as I've written before:


A KoKo friend of mine worked as a CPA for a major American firm in Los Angeles that happened to hire a lot of Korean CPAs (those on H-1 visas supposedly worked harder and cheaper than people with green cards or citizenship). Every now and then they would go out drinking, and they would engage in the drink-until-you can't-see-straight behavior common in Korean colleges and corporations.

Well, one other woman began to pass out while they were all at a noraebang in L.A. Koreatown. My friend noticed what seemed like shallow breathing, but she wasn't sure. She asked some of her sŏnbae ('senior') if the passed-out hubae ('junior') seemed all right. She actually got barked at that she was ruining the punwigi (mood/atmosphere) of the party. After a couple minutes, still nagged by concern for the passed-out friend, she decided to call 911.

According to my accountant friend, the call saved the woman's life. She was rushed to a nearby hospital and her stomach was pumped. The E/R doctor told them that if they had waited another twenty minutes, the friend might have died of alcohol poisoning. Her blood alcohol level was stratospheric, having downed all these "one-shot" drinks, egged on (without any real choice without being ostracized) by her supposed friends.

I do contend that the problem is lessening to a significant degree. I've worked for several companies and attended one school where these things went from mandatory to optional, and in some cases (in some departments) disappeared altogether. But there's still a long way to go.

Email ThisBlogThis!Share to TwitterShare to FacebookShare to Pinterest
Labels: drinking in Korea, suicide in Korea, university life in Korea